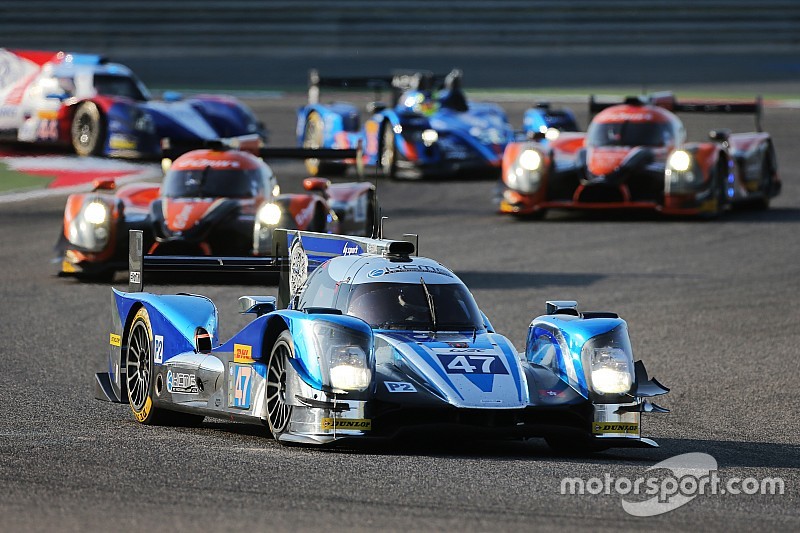 A very successful first season for the much awaited ORECA 05

With the launch of the ORECA 05, new closed prototype, and the ORECA 03R and its twin Alpine A450b still taking to the track, ORECA has left its mark on the 2015 endurance season. Actually, with KCMG’s ORECA 05 winning the 24 Hours of Le Mans, this year turned out to be historic for ORECA: a Le Mans Prototype entirely designed by the French group clinched its first success in the world’s most prestigious race.

“Building a completely new prototype is always a true challenge. You must meet all of the objectives, requirements and imperatives in terms of reliability and performance, while also remaining cost-effective and completing the work within a short timeframe. I’m really glad to see that the ORECA 05 has done the job” Hugues de Chaunac explains. “2015 has been a very dense year, marked by many successes and great battles on track. Winning in Le Mans was a great accomplishment. The competitiveness in both the FIA WEC and the ELMS was very satisfying too. That also applies to the ORECA 03 and Alpine A450b which have proved to be very efficient and reliable still. Before taking a new step again in 2017, the 2016 season will be an ambitious one, with more teams involved and the desire to win with them. We’ve been building our success together since 2011, that will be our guideline for next year.”

It has been a very successful first season for the much awaited ORECA 05. In a total of thirteen races, eight as part of the FIA WEC plus five in the ELMS, the car climbed onto the podium ten times. Most importantly it also clinched no less than four wins, secured two pole positions and posted five fastest laps in race. Moreover Hong-Kong based team KCMG and French squad Thiriet by TDS – two customer teams racing with an ORECA 05 – have come second in their respective championship, the FIA World Endurance Championship and the European Le Mans Series.

Having come out of Signes workshops at the end of the winter, the ORECA 05 showed exceptional potential mixing great speed and remarkable reliability straight out of the box. Right from its first race on April 11th, six weeks only after a first shakedown at the Paul Ricard Circuit, the LM P2 chassis clinched its first podium after having led the ELMS opening round for quite a while in Silverstone. It was not long before winning for the first time, on May 17th, as part of the ELMS 4 Hours of Imola, with Thiriet by TDS Racing.

The 24 Hours of Le Mans victory

Just a month later the 24 Hours of Le Mans brought ORECA’s prototype legendary status. With Richard Bradley, Mat Howson and Nicolas Lapierre behind the wheel, KCMG claimed the LM P2 pole position of the twice-around-the-clock in La Sarthe, before winning the race on June 14th. Following on that unprecedented success, the ORECA 05 went onto clinching another two wins: first in late August with KCMG again at the 6 Hours of Nürburgring as part of the FIA WEC, then in mid-October with Thiriet by TDS Racing at the 4 Hours of Estoril as part of the ELMS.

Continuing to deliver good performances seasons after seasons, the ORECA 03 and Alpine A450b chassis, entered by French team Signatech-Alpine, still raced amongst leaders in this 2015 season. The LM P2 open-cockpit prototype added another three wins to the impressive collection of successes it has notched up since 2011 – now 26 in total. On November 1st, Signatech-Alpine’s Alpine A450b claimed its first win in the FIA WEC at the end of the 6 Hours of Shanghai. The ORECA 03R belonging to Swiss team Race Performance came first twice as part of the Asian LMS: at the 3 Hours of Fuji in October, then at the 3 Hours of Sepang the following month. In addition to these triumphs, another two pole positions, two fastest laps in race and four other podiums were also achieved by Signatech-Alpine as part of the FIA WEC (2nd at the 6 Hours of Fuji), by Murphy Prototypes in the ELMS (2nd at the 4 Hours of Imola) as well as by Eurasia Motorsport in the Asian LMS (2nd at the 3 Hours of Fuji, 3rd at the 3 Hours of Sepang).

After another successful year, the family of ORECA LM P2 chassis customer-clients will grow significantly bigger in 2016. One of the most renowned team in the world, British squad JOTA Sport, winner of the 2014 Le Mans 24 Hours, will enter an ORECA 05 in the FIA WEC next year. The American team Dragon Speed which has also acquired an ORECA 05 will take its first steps in LM P2 at the 12 Hours of Sebring, in March, before taking part in the ELMS season.

One the most dynamic teams of the moment, Asian squad Eurasia Motorsport, based in the Philippines, will switch from an ORECA 03R to an ORECA 05 for its second season in the European series. Other purchases of the latest ‘made by ORECA’ prototype will be officially announced in the few weeks to come. Around ten chassis in total will be manufactured and delivered by late February so as to compete in the different endurance series across the world in 2016!

- June 14th: first win in the FIA World Endurance Championship and first win of an ORECA chassis in the 24 Hours of Le Mans