27 cars on entry list for Six Hours of Fuji 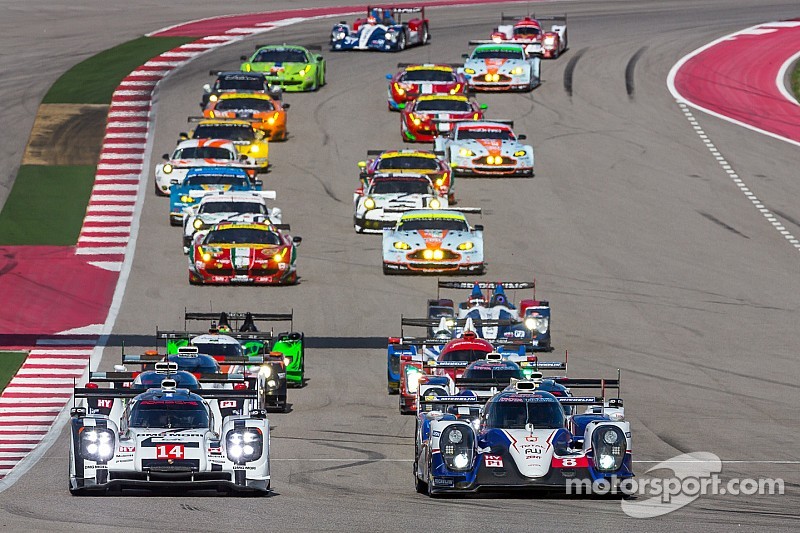 Fuji serves as the fifth round of the 2014 season.

On October 12th, with 27 cars on the grid, the third running of the 6 Hours of Fuji promises to be an event of exciting track action coupled with lots of off track entertainment for the Japanese fans to enjoy. There are 10 different nations represented by the teams and 19 different nationalities among the 77 drivers on the grid.

With Audi on a roll after taking victory at Le Mans and Circuit of The Americas all eyes will be on Toyota to see if they can return to the top step of the podium at home.

After the race in the United States of America Audi now lead the Manufacturer’s World Championship by 18 points while Toyota’s Sébastien Buemi, Anthony Davidson and Nicolas Lapierre hold an 11 point advantage in the Driver’s title race. The podiums for the last three races might have been shared between Audi and Toyota, but the race pace shown by the Porsche 919 Hybrid at Le Mans and in Texas means that another podium finish is possible. Maybe the race at Fuji will see Porsche return to the top step of the overall podium for the first time in 16 years?

Nine cars will compete in LMP1, with six in LMP1-H and three in LMP1-L. Japanese ace Kazuki Nakajima returns to the cockpit of the No. 7 Toyota TS040 to drive alongside Alex Wurz and Stéphane Sarrazin. The other works driver line ups remain unchanged from the race at the Circuit of The Americas.

In LMP1-L Nicolas Prost, Nick Heidfeld and Mathias Beche secured the drivers and team’s title for Rebellion Racing in Texas with their fourth straight win of the season over their teammates in the No. 13 Rebellion R-One. The brand new Lotus CLM-AER, which secured 2nd place on its debut, is once again scheduled to have Christophe Bouchut and James Rossiter driving the Lotus, with Pierre Kaffer replacing Lucas Auer as the third driver.

Hong Kong team KCMG celebrated their first World Championship victory in Texas. They will be hoping to capitalise on their experience to add more LMP2 silverware to the trophy cabinet in Japan, where regular drivers Matt Howson and Richard Bradley will be joined once again by Switzerland’s Alexandre Imperatori.

Russian team SMP Racing are currently leading both the team and driver championships, with Sergey Zlobin holding a 27-point lead over the G-Drive Racing trio of Roman Rusinov, Oliver Pla and Julien Canal. G-Drive switched to the new Ligier chassis in Texas and while they could only manage to finish 4th in class, they will be hoping for better luck in Japan with the new closed cockpit car.

2013 LMP2 Champions and last year’s 6 Hours of Fuji winners Oak Racing will be making an appearance in Japan, entering a Morgan Judd with a driver line up which includes the only female driver on the grid, Japan’s Keiko Ihara, Columbia’s Gustavo Yacaman and Britain’s Alex Brundle.

Thirteen cars are entered in LMGTE for the 6 Hours of Fuji, with six in the LMGTE Pro class. Ferrari’s Gianmaria Bruni and Toni Vilander finished third in the USA last time out but still lead the championship by 25 points ahead of Porsche’s Fred Makowiecki, who finished second at the Circuit of The Americas with new teammate Patrick Pilet. Aston Martin duo Stefan Mücke and Darren Turner took their first victory of 2014 in Austin, completing a great day for the British manufacturer who claimed a 1-2 in the Am class as well.

The No. 98 Aston Martin Vantage driven by Paul Dalla Lana, Pedro Lamy and Christoffer Nygaard also celebrated their first victory of 2014 in Texas, securing a 1-2 for Aston Martin with the No. 95 Vantage taking the chequered flag less than one second behind the lead car. This was enough to maintain the lead in the Team’s championship and the Driver’s title race for the Danish duo Kristian Poulsen and David Heinemeier-Hansson. The LMGTE Am grid features three Ferraris, two Aston Martins and two Porsches, including the Belgian entered Prospeed Competition 911 RSR which secured its first world championship pole position in Texas.

The 2014 6 Hours of Fuji will also include two rounds of the Japanese F3 Championship, providing a great weekend of endurance racing and single-seater action. The event gets underway on Friday, October 10th and concludes with the 6 Hours of Fuji on Sunday, October 12th, with the green flag at 11am (local time).