6 Hours of Shanghai: A new victory for the ORECA 03 LM P2 and G-Drive Racing ! 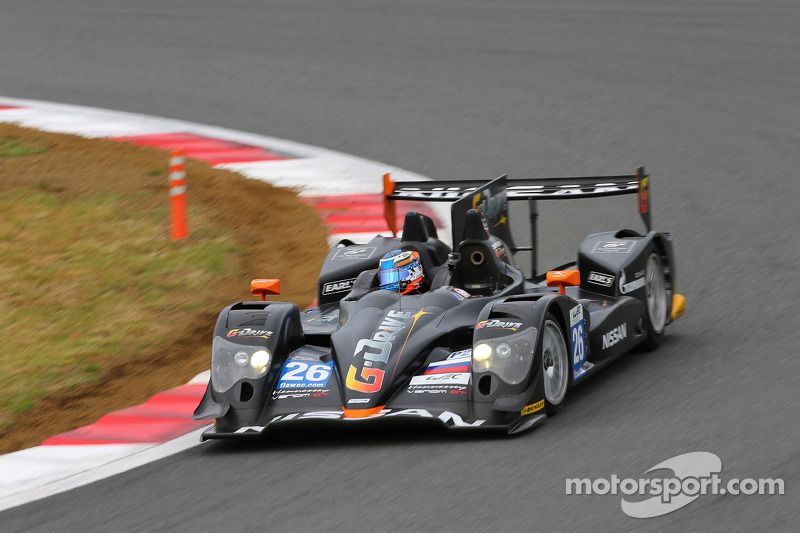 The FIA World Endurance Championship finale – the 6 Hours of Bahrain – will be held on November 30.

The ORECA 03 LM P2 took its fifth win of seven rounds in the FIA World Endurance Championship at the 6 Hours of Shanghai. For G-Drive Racing by Delta-ADR, this is their third success in four races since June’s 24 Hours of Le Mans. Only the shortened 6 Hours of Fuji, escaped the grasp of the trio of drivers leading the Russian team, Roman Rusinov, John Martin and Mike Conway. 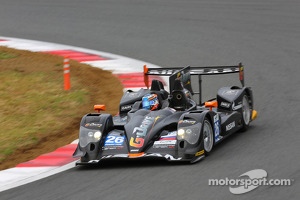 The sister car, the No.25, finished just out of the podium with Tor Graves, Robbie Kerr and Craig Dolby at the controls. Battling for the title, Pecom Racing was forced to retire and is now third in the Teams Trophy. This victory is the ninth for the ORECA LM P2 chassis this year, a record !

"Since the 24 Hours of Le Mans, G-Drive Racing has had a great season ! » declared Hugues de Chaunac. « The team and their drivers have been very impressive with three wins, three pole positions and one second place. After Fuji, everyone wanted to shine and the race kept its promise : it was a hard fought battle and led to a certain amount of suspense in the LM P2 class, which is definitely one of the most competitive classes.

With five out of seven wins in FIA WEC, the ORECA 03 LM P2 clearly showed that it’s still a prototype at the top of its game. The same can be said for the Nissan V8 prepared in our engine department at Magny-Cours. There remains one final race to run where the objective with be of course to take a 10th victory in 2013 for our LM P2 chassis. With G-Drive Racing, Delta-ADR and Pecom Racing, we have what it takes."

"We are very happy to give G-Drive Racing another win » said Roman Rusnov. « It was a rather difficult race: we had to push hard and take a few risks. A Porsche touched Mike (Conway), which caused a fair amount of damage to the left rear of the car. We lost time in the pits to repair the bodywork and afterwards we had to make our way back to the top. The entire team did a superb job, and we are waiting with excitement for a good fight in Bahrain."


With another pole position at Shanghai, the No.26 G-Drive Racing by Delta-ADR ORECA 03 keeps the lead during the first stint, with John Martin driving. In third place until the first round of pit stops, the No.25 rejoins the action in fifth place. Starting further back, Pecom Racing makes a stop due to electronic issues.

Ahead, the fight is difficult but the trio of Martin/Conway/Rusinov keeps the lead… before Mike Conway gets tapped in the left rear of the car by another competitor. The Russian team doesn’t give up and maintains the lead. After another repair, the team works to stay in the fight for victory. Driving the sister car, Tor Graves, Robbie Kerr and Craig Dolby still run in the top four.

It’s in the last two hours, and even the last 60 minutes, that the class race would be one or lost. After an excellent comeback, the No.26 ORECA 03 takes the advantage over the No.24 Morgan. After six hours of racing, G-Drive Racing by Delta-ADR takes a third victory with Roman Rusinov, John Martin and Mike Conway. With a solid performance in the No.25, Tor Graves, Robbie Kerr and Craig Dolby finish the day in fourth place.

The FIA World Endurance Championship finale – the 6 Hours of Bahrain – will be held on November 30.