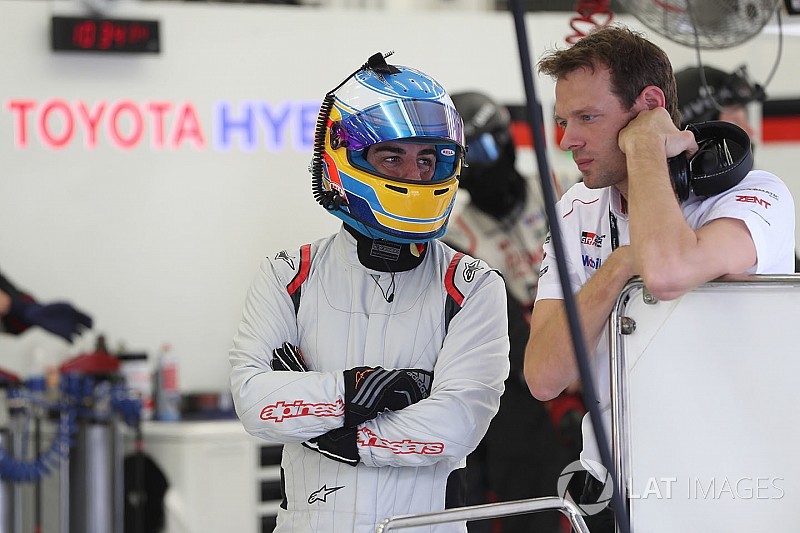 He joined Toyota’s pre-season preparations at the Aragon circuit in Spain the same day, as Toyota commenced three days of endurance testing that included night-time running.

Alonso was joined at the test by four other 2018 race drivers and the man he has replaced in the #8 TS050 Hybrid, Anthony Davidson.

Sebastien Buemi, who will share the #8 Toyota with Alonso and Kazuki Nakajima, was absent because of the birth of his second child Theo.

This was Alonso’s first experience of the 2018 car, after he drove last year’s at the end-of-2017 Bahrain rookie test. It was also Toyota’s first test since shaking down the 2018-spec car at Aragon in early January.

A spokesman for Toyota said the test “went well” and that the team “had no issues”. Two more tests are planned before the WEC Prologue at Paul Ricard at the start of April.

According to Toyota, Alonso’s WEC commitments will include every round of the 2018/19 superseason that do not clash with the F1 calendar.

Toyota’s home race at Fuji is currently the only affected round, although the Japanese venue has requested a change of date so Alonso can take part.