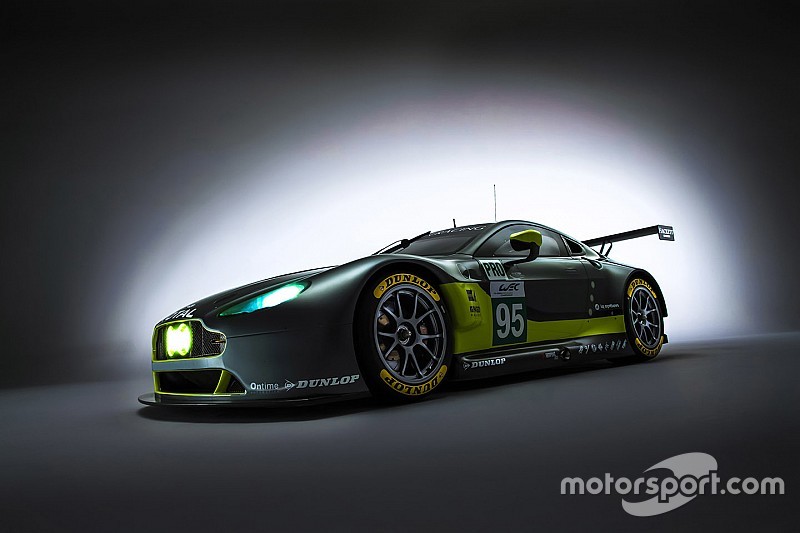 Aston Martin Racing has announced a re-configured driver line-up in the LMGTE classes of the 2016 FIA World Endurance Championship.

Darren Turner, Nicki Thiim and Marco Sorensen will share the #95 Aston Martin V8 Vantage during the full WEC season, while Jonny Adam has replaced Alex MacDowall in the #97 car, slotting in alongside Fernando Rees and Richie Stanaway.

The team's #98 car in the LMGTE Am class will see Paul Dalla Lana, Mathias Lauda and Pedro Lamy return for another shot at the title. Last season, the trio won three rounds at Silverstone, Spa and Bahrain and ended up third in the points standings.

Aston Martin also unveiled its 2016 V8 Vantage model, which will use Dunlop tyres this season, and was seen testing for the first time in public last November after the WEC finale in Bahrain.

Two of the cars will feature at the Nurburgring 24 Hours, with Lamy joining Turner, Thiim and Sorensen in the #007 car, while Lauda slots in alongside Adam, Stanaway and Rees in the #006.

Aston Martin Racing has a fine FIA WEC record, having taken seven LMGTE Pro class wins and 14 LMGTE Am class wins since the inception of the championship in 2012.

"With an extremely competitive World Endurance Championship ahead of us, I’m confident we have our strongest driver line-up to date and we can expect plenty of success throughout the season," commented AMR boss John Gaw.

In the upcoming campaign, Aston Martin Racing will be hungry to wipe away the memory of 2015, when it fell away from title contention after a strong start.

In that season, the British constructor felt it was compromised by the pre-Nurburgring Balance of Performance decision, which the squad said reduced its power by 20bhp.

Even though its air restrictor was halved ahead of the Fuji race, the team’s cars were rarely in contention for wins and the Spa success of Stanaway, Rees and MacDowall remained the its sole triumph in the Pro class.

With completely new designs from their main competitors Ferrari and Ford this season, and with Porsche focusing on readying its 2017 challenger away from competition, the new-look Aston Martin could get a decent points advantage, particularly in the early rounds. Certainly, it has a good deal of tried and tested mechanicals in its refined package.

Aero-wise, the new-look V8 Vantage has gone through a significant change with a complete new bodywork design. The design team has also exploited the new freedoms around the back of the car with a distinctive new diffuser and rear wing package.