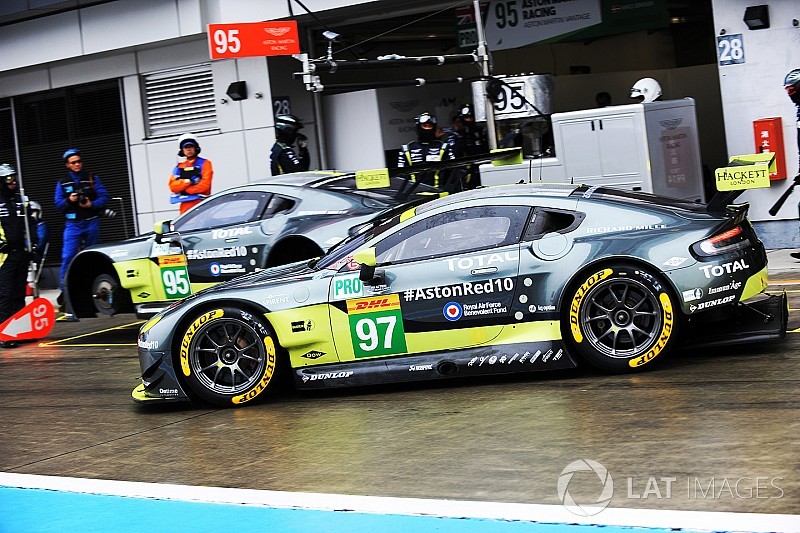 The extent of the testing already completed by the new GTE Pro car, which will be unveiled in London next Tuesday, has been disclosed by John Gaw, motorsport boss of the Prodrive organisation that runs the factory Aston Martin Racing squad.

"We've been running a dual programme this year as a race team and a test team and we've done more than 13,000km so far with the new car, with a couple of 30-hour tests in there," said Gaw, speaking ahead of the swansong for the current Vantage GTE in this weekend's WEC finale in Bahrain.

"We have been pleasantly surprised with our progress in testing so far, and we've got at least as much or more to come."

Gaw explained that the first Aston, which ran for the first time in a series of tests in the UK at the end of the summer, had completed its first endurance simulations at the Circuito de Andalucia and then Navarra in Spain during October.

The test programme continued at Sebring in the USA last week between the Shanghai and Bahrain WEC rounds.

AMR has yet to disclose technical details of the new racer ahead of the launch, which coincides with the unveiling of the road car on which it is based.

It is understood that both road and race car will be powered by a four-litre twin-turbo AMG-Mercedes V8, which which has already been given a debut in the latest version of the Aston Martin DB11.

Stalwart Aston Martin driver Darren Turner believes that the existing Vantage, which can trace its roots back to 2008, has "a really good chance of getting a good result" in Bahrain.

The car has had its minimum weight reduced by 5kg and the diameter of its engine air-restrictor increased in diameter by 0.2mm under the automatic Balance of Performance system introduced for 2017.

Its rival GTE Pro cars from Ferrari, Porsche and Ford have all gained 2kg for Bahrain.

The three Astons racing in Bahrain this weekend feature a special livery celebrating the successes of the car in the world championship since 2012.