Aston Martin was "unlucky in two ways" with the puncture that cost it a GTE Pro win in last weekend's Shanghai FIA World Endurance Championship round, says Nicki Thiim. 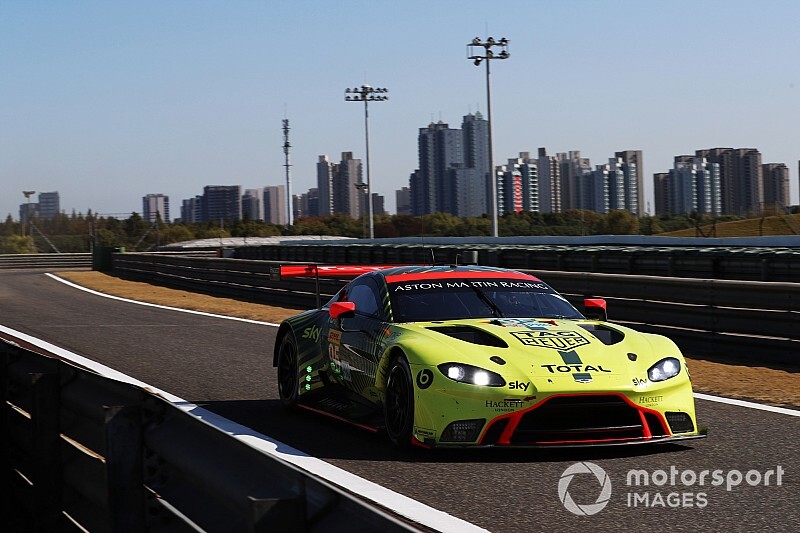 The British marque had been firmly on course for its second class win in a row in China after Fuji winners Nicki Thiim and Marco Sorensen pulled out a 15-second lead over the opposition in the #95 Aston Martin Vantage GTE.

That was until a left-rear puncture for Thiim which triggered a full-course yellow, not only delaying the #95 cr but also allowing all the other cars a cheap pitstop.

Ferrari went on to win, but the #51 car of James Calado and Alessandro Pier Guidi was later disqualified, handing victory to Porsche duo Kevin Estre and Michael Christensen.

"The sad thing is it happened on the last corner, so I did a whole lap with a flat tyre," Thiim told Motorsport.com. "It only deflated coming into the pitlane so we would have made it. It was a slow puncture which is why I could do a full lap at reasonable pace.

"What killed us was the full-course yellow. So we were unlucky in two ways, that I had to do a full lap with a puncture and then with the FCY."

Thiim was convinced that Sorensen would have been able to maintain the #95 car's advantage to the end without the puncture.

"We screwed Porsche’s strategy a little bit by taking the lead because we were on used tyres for the first stint and they were on new tyres," he explained.

"We had good tyres for the end so I’m pretty sure Marco could have kept the gap."

Thiim and Sorensen had initially gained a major advantage over the GTE Pro field with an early first pitstop, four laps earlier than both Ferraris and the #92 Porsche.

"All weekend the degradation was massively high," said the Dane. "I had a massive drop in the first stint and we pitted, we basically got a big undercut, getting on fresh tyres early.

"You gain two, three seconds a lap compared to the cars on old tyres and I think that’s what gave us a 15-second lead."

The disqualification of the #51 Ferrari promoted the #97 Aston Martin of Alex Lynn and Maxime Martin to third, while Thiim and Sorensen were fourth. 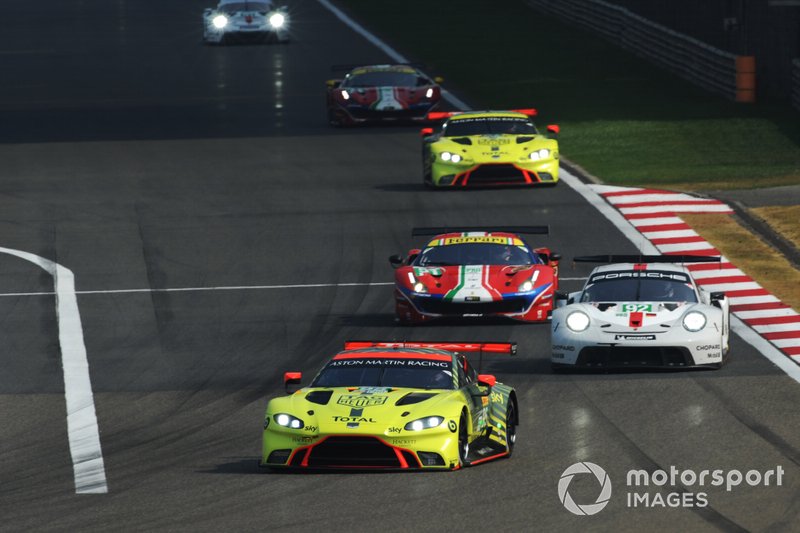