Audi blames “bouncing” for WEC exclusion, will not appeal 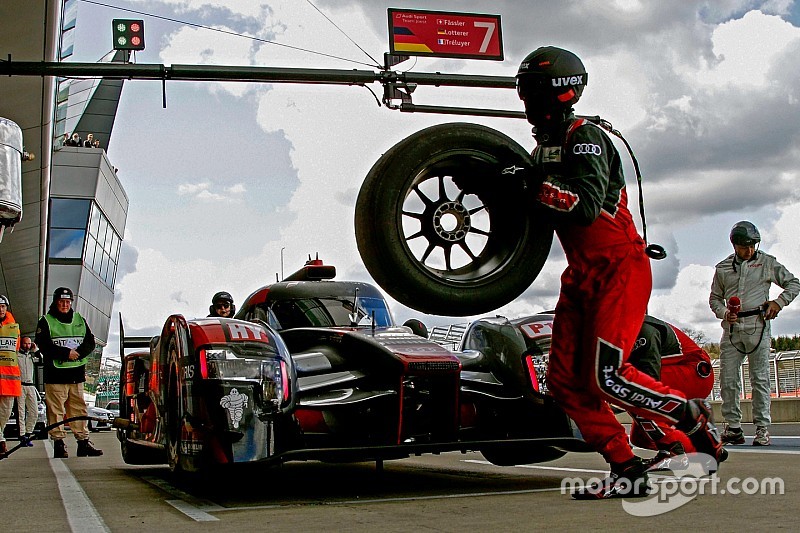 Audi has withdrawn its appeal after its winning car was excluded from the opening round of the FIA World Endurance Championship at Silverstone.

After a tense race, the Audi R18 of Marcel Fassler, Andre Lotterer and Benoit Treluyer won the six-hour Silverstone race on the road, but the car was excluded post-race from the results due to a violation of the technical regulations discovered in post-race scrutineering.

The thickness of the skid block underneath the #7 car was in breach of Article 3.5.6 a3 of the regulations. Initially, Audi announced that it had appealed the decision, but on Thursday revealed it will not pursue the matter through a sporting tribunal.

“We accept the exclusion from the classification and, in the interest of the sport, jointly look ahead,” said Head of Audi Motorsport Dr Wolfgang Ullrich.

The skid block suffered above-average wear during the season opener. An analysis revealed that its wear was attributable to unexpectedly heavy “bouncing” – the up-and-downward movement of the car.

“It it is our job to avoid increased wear – we accept this responsibility,” Ullrich added.

“We made our decision in the interest of the sport and hope that the eight remaining world championship rounds will be similarly thrilling as the season opener.”

Timo Bernhard: From delight to despair for the #1 Porsche crew