Ingolstadt - Audi is defending its titles in the FIA World Endurance Championship (WEC) backed by strong partners. Renowned companies with worldwide operations accompany the presence of up to three Audi R18 e-tron quattro in the WEC.

Following two WEC title wins in succession, Audi and its partners share a common goal. In the 2014 season, the Audi R18 e-tron quattro aims to again win the most important international endurance racing series. But the companies involved in the commitment are not just visibly featured, as Audi Sport benefits from the know-how of its partners as well. 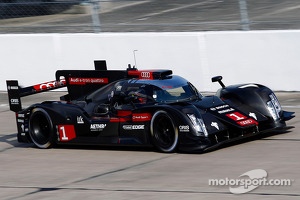 Akrapovič numbers among Audi Sports established partners. The company from Slovenia is focused on the production of exhaust systems for cars and motorcycles. To meet the specific requirements of the V6 TDI engine in the Audi R18 e-tron quattro, Akrapovič has developed an exhaust system for racing.

Alpinestars equips the Audi factory drivers in the WEC, as well as the other team members of Audi Sport and Audi Sport Team Joest, with fireproof clothing. The Italian company supplies overalls, shoes and fireproof underwear. The Audi Top Service logo is distinctly featured on all the mechanics overalls. The efficient and perfectly timed pit stops in the races at Le Mans and in the WEC mirror the quality goal to which Audi Top Service is committed in serving the customers of the Audi brand.

Since 2006  the beginning of Audis TDI era in racing  Bosch has been one of the official partners. The company based in Stuttgart (Germany) that was founded in 1886 is involved in the development of the Audi R18 e-tron quattro in the fields of software, hydraulics and the hybrid system.

Lubricant manufacturer Castrol is another long-standing partner that had already teamed up with Audi in the days of rally and super touring car racing. The R18 e-tron quattros livery advertises Castrol Edge, a high-performance lubricant for extreme pressure loads.

The German company ITK Engineering has been contributing its know-how as a software and systems specialist to the hybrid technology of Audi Sports LMP1 race car since 2012.

Since the beginning of the Le Mans project in the 1999 season, Audi Sport has been relying on the technology of piston specialist Mahle headquartered in Stuttgart. Mahle has developed pioneering piston technology for the diesel engines.

The French tire manufacturer Michelin is another long-standing partner. The company with the characteristic Bibendum logo was already involved in Audis World Championship titles in rally racing and has been supplying the tires for all of Audis Le Mans prototypes since 1999. Together, both partners have won the Le Mans 24 Hours twelve times, the American Le Mans Series nine times, and the WEC twice. The same track record together with Audi can be claimed by O.Z. Racing. The Italian rim manufacturer had been Audi Sports supplier back in the super touring car era and, since 1999, has been manufacturing all the wheels for the LMP1 sports cars from Ingolstadt and Neckarsulm.

Were proud that were again competing with such a broad portfolio of strong and internationally renowned partners this year, says Head of Audi Motorsport Dr. Wolfgang Ullrich. The FIA World Endurance Championship WEC offers us a stage that, this year, is more attractive than ever. With our partners we look forward to a total of 66 hours of racing action. As title defenders, were well positioned  not least thanks to the commitment and the technological excellence of our partners.