The opening leg of this year's Bahrain FIA World Endurance Championship double-header will be the first round of the series at the Sakhir circuit to take place exclusively in daylight.

The six-hour event scheduled for October 30 will start at 11am local time and finish at 5pm just as the sun is setting. The following Saturday's eight-hour series finale will begin at 2pm, with the race finishing in darkness at 10pm.

Previous WEC rounds, of both six and eight-hour duration, at the Bahrain International Circuit have always finished under the cover of darkness.

WEC boss Frederic Lequien said: “It will be interesting to see the different strategies that teams adopt for the double-header.

"It’s certainly going to provide two different types of race by having one run completely in daylight and the season-finale finishing much later at night.”

"We look forward to welcoming all participants to Bahrain, for what we hope will be a hugely exciting conclusion to the season.”

Both legs of the first double-header in the history of the WEC will be fought out on the regular 3.363-mile Grand Prix circuit.

The WEC has opted against using one of the BIC's other layouts, including the 2.202-mile Outer circuit dubbed the 'oval' when it was employed for the second leg of last year's Formula 1 double-header in Bahrain. 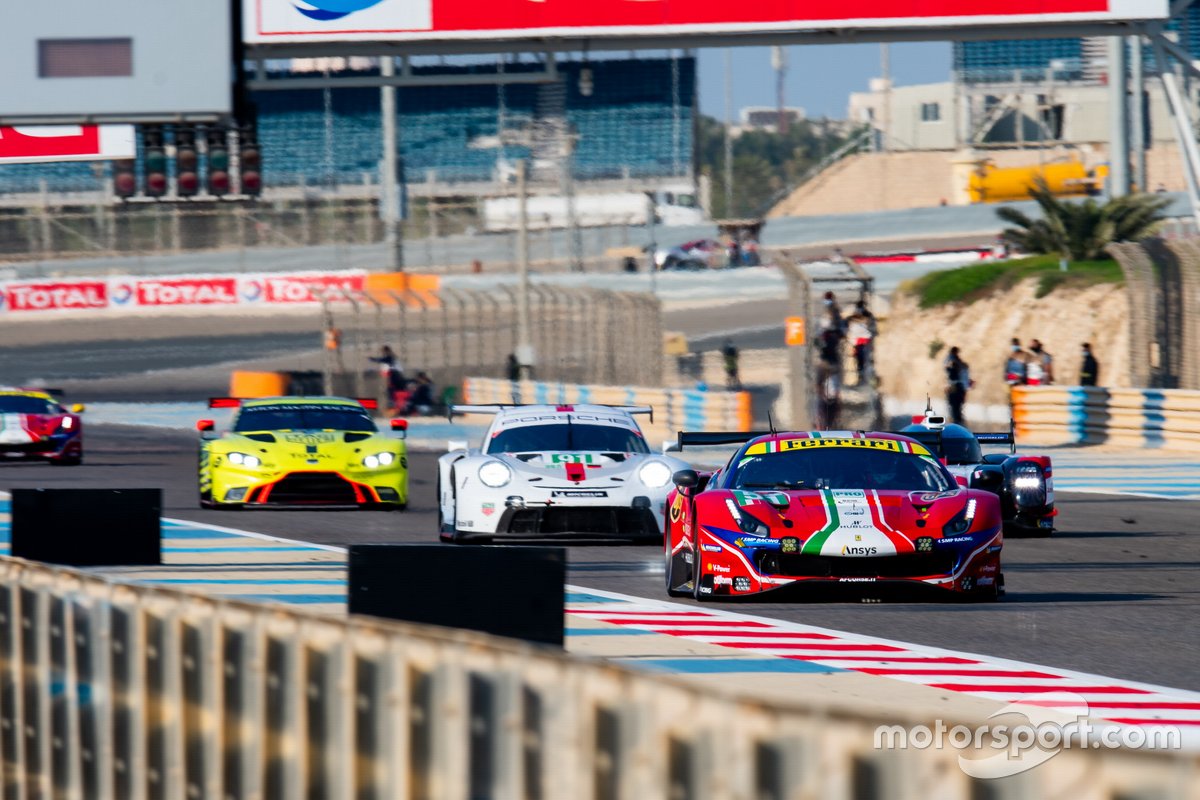 A statement from the WEC announcing details of the fixtures read: "After consultation with the WEC teams and taking into consideration all the collective feedback, it has been decided that both events will use the traditional 5.4km Grand Prix circuit.

"As the track is renowned for its particularly abrasive surface, tyre wear management from the teams and drivers could play a crucial factor in deciding who wins both races."

Bahrain stepped in to host a second round of this year's WEC after the series was forced to cancel the Fuji round scheduled for September as a result of international travel restrictions into Japan.

The WEC is also reviving the rookie test, which will take place after the second of the two Bahrain rounds on November 7.

The Frenchman and the Toyota team are in talks about a test as he works towards fulfilling his ambition of racing in the Le Mans 24 Hours.