Rebellion Racing topped the times in second free practice for this weekend's Bahrain round of the FIA World Endurance Championship. 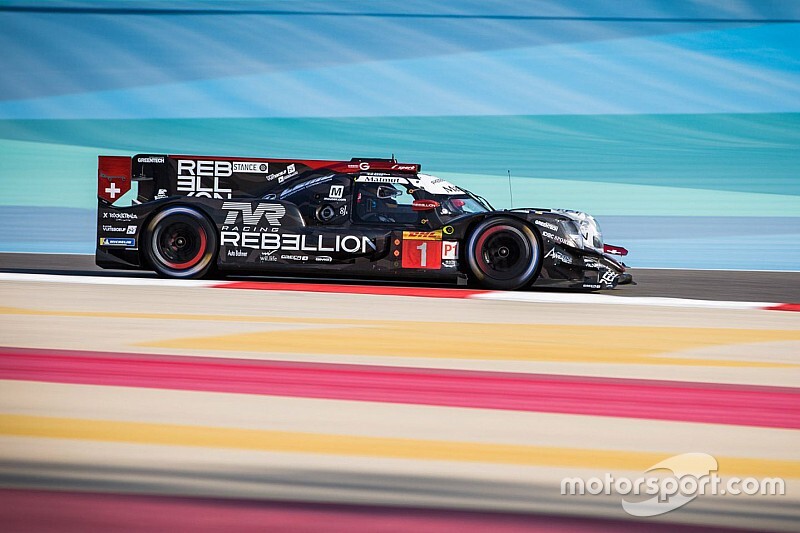 Bruno Senna posted a 1m42.471s aboard the solo Rebellion R-13 in the 90-minute session held in darkness, an improvement of 4.5s on the car's time in the opening practice.

The #5 Ginetta G60-LT-P1 in which Ben Hanley topped the times in FP1 jumped to second with 20 minutes to go. Charlie Robertson's 1m43.882s was an improvement of just over a second on Hanley's afternoon time.

The second of the works Team LNT Ginettas took sixth in Mike Simpson's hands, behind the best of the LMP2 cars after completing only 10 laps in the session.

Will Stevens was quickest in P2 aboard the JOTA Sport-run Jackie Chan DC Racing Oreca on a 1m46.147s. That time eclipsed Paul di Resta's afternoon best in the United Autosport's Oreca by two seconds.

The G-Drive Oreca, an additional entry for the Bahrain 8 Hours, claimed second in class with a 1m46.667s from Jean-Eric Vergne. Third fastest was the High Class Racing Oreca on 1m47.037s set by Kenta Yamashita.

The two Aston Martins led the way in GTE Pro with times set at the start of the session. Alex Lynn's 1m55.696s aboard the #97 Aston Martin Vantage GTE eclipsed Marco Sorensen's 1m56.201s in the sister car.

The best of the two Porsches, which had led the way in FP1, was a further two tenths back in third on a 1m56.387s posted by Kevin Estre.

The fastest Ferrari 488 GTEs took fourth with a 1m56.551s from James Calado, which was four tenths slower the fastest car in GTE Am, the Dempsey-Proton Porsche 911 RSR driven by Matteo Cairoli.

Catch qualifying LIVE on Motorsport.tv here. Some georestrictions may apply.