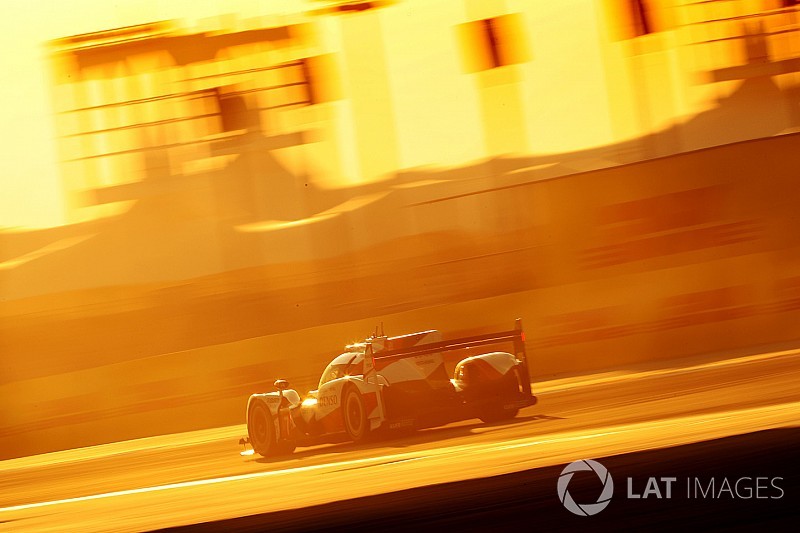 Toyota maintained its edge over Porsche in the second free practice session for the final round of the FIA World Endurance Championship season in Bahrain.

As in the first session, all the best times were set early on, with the cooler temperatures of the evening ensuring that laptimes were comfortably quicker than in the afternoon.

Jose Maria Lopez was 0.598s slower in the sister #7 TS050 Hybrid, completing another one-two for the Japanese marque as it seeks a third successive WEC victory.

Best of the Porsche drivers was newly-signed Toro Rosso Formula 1 driver Brendon Hartley, who posted a 1m40.773s in the #2 919 Hybrid, a little over a tenth quicker than Nick Tandy's effort in the #1 car.

There was late drama for the #2 car however when it was placed under investigation at the end of the session when Earl Bamber and Leo Roussel made contact on-track at Turn 11.

In LMP2, the points-leading #31 Rebellion Oreca set the pace, Bruno Senna becoming the only driver in class to dip into the 1m47s with a best time of 1m47.664s.

Nelson Piquet Jr made it a Rebellion one-two in the #13 machine, six tenths slower than his compatriot, while best of the rest was Thomas Laurent in the #38 Jackie Chan DC Racing Oreca.

Aston Martin locked out the top two places in GTE Pro division on the final race for its current-model Vantage, with Jonathan Adam putting the #97 car on top with a best time of 1m57.014s.

That was four tenths faster than Marco Sorensen could muster in the sister #95 car.

Ferraris were third and fourth, with Davide Rigon delivering the Italian marque's best laptime in the #71 car, ahead of the two Ganassi-run Ford GTs and the two Porsche 911 RSRs.

Leading the way in GTE Am was the Clearwater Racing-run Ferrari, thanks to a 1m59.773s lap from Matt Griffin.