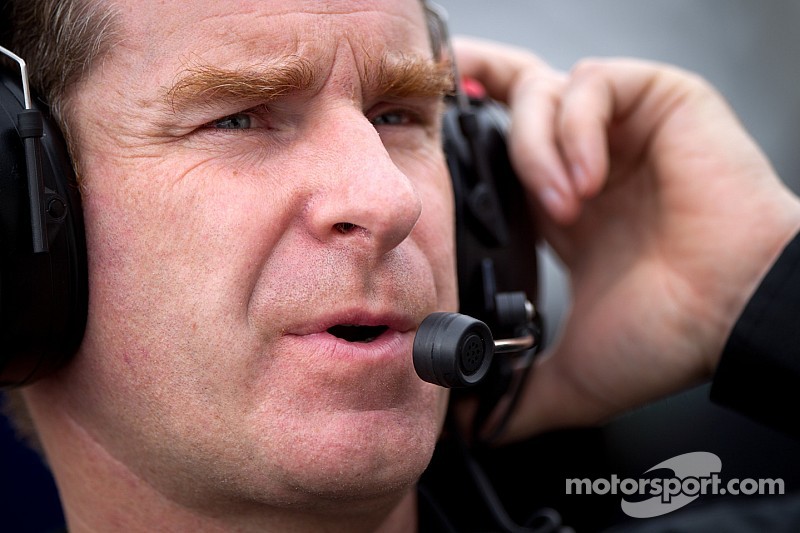 Ben Bowlby is currently heading the Nissan LMP1 project and is the man behind the original DeltaWing project.

Sam Smith takes an intriguing look at the early years of Nissan’s design firebrand - Ben Bowlby and uncovers some fascinating traits that should put the Nissan GT-R LM NISMO campaign in good stead as they attack the FIA WEC and take on the big boys in LMP1 this season.

Let us get one thing out of the way immediately. Ben Bowlby fits the highly driven engineering genius tag very neatly and he thoroughly deserves it.

He was totally dedicated to his own vision of engineering. He is a proper racer and lives for designing and developing race cars

Ask his former colleagues with whom he cut his ‘design teeth’ at Lola from 1991-2002 and they will raise a smile, sigh and say: ‘Ahh Ben…’ followed by an affectionate and amusingly leftfield anecdote about the self-confessed ‘lateral thinker’.

But underneath the maverick and quirky persona there sits an engineering virtuoso. It might be a surprise to learn that for one so befitting of the eccentric engineering label, Ben Bowlby was actually considered as a great engineering team leader, as well as an innovator during his time in Huntingdon.

“As a man and a boss he was exceptional,” says Adam Airey, who as a design engineer worked under Bowlby from 1999-2002. “He had this wonderful knack of saying that you had done something brilliantly, but at the same time he’d question why you didn’t do such and such differently. I can’t think of anyone who didn’t have a very healthy level of respect for him.”

“He was an excellent leader and during the first part of the millennium he had formed a team at Lola that became world beaters in ChampCar and Sportscar design,” continues Airey, who has gone on to become Senior Design Engineer at RML Ltd working on the Bowlby inspired Nissan ZEOD last year.

“He was totally dedicated to his own vision of engineering. He is a proper racer and lives for designing and developing race cars. His passion was - and I am sure still is – very, very infectious.”

Remarkably, talk of a front-engined LMP car was discussed with a concept group at Lola back in 1999 when they were first approached by MG to take the brand to Le Mans.

“We were trying to get the weight distribution right and to get it where we wanted,” recalls Airey. “It seemed the best option was to go front engine. It was certainly a serious consideration in the early stages of conception.”

With Nissan’s resources and the relatively open nature of the current LMP1 rulebook, will Bowlby replicate and enhance all his experience in racing to execute Nissan’s vision and ensure his long held design beliefs and philosophies blossom? We are about to find out.

Remarkably the Bowlby magic was starting to permeate the racing industry even before he was professionally engaged as the 1990s dawned.

Just before he joined Lola in 1991, he built his own ‘Bowlby’ Clubmans sports car as part of his degree course at the University of East London. Bowlby had failed in achieving the necessary A-Level grades to study medicine, but typically took matters in to his own hands and negotiated a bespoke course with the University, tailored perfectly to suit his new ambitions in engineering.

The initial plan to study medicine was quickly superceded by his real passion of engineering. Bowlby’s father – Richard was a medical photographer whose ambitions for his son and heir were set on becoming a surgeon.

Bowlby was building racing contraptions’ from a very early age and as a teenager constructed a remarkable wood/composite monocoque , and utilized some March 803 suspension and an 8 valve air-cooled Suzuki bike engine with Bowlby Snr, to go racing with.

The young design prodigy then set out on a quest to discover more about the racing industry during his first-class honours degree. A TV programme – Channel 4’s Science vehicle Equinox was shown at the end of 1991 and was hooked around the narrative of his education struggles and how his stoic determination ensured he shrugged aside the perceived deficiencies of the condition and majored on his talent.

Watch Bowlby meeting the then Lotus F1 technical director - Frank Dernie in the autumn of 1990. Ten years later Bowlby would work alongside Dernie when the former Williams designer joined Lola as a consultant to work on the Lola-MG LMP675 design.

From protege to mentor and discovering aero

Ironically it was working on the relatively conservative Lola T95/50 Formula 3000 car in 1995 that probably fired Bowlby’s development in to looking at increasingly innovative engineering solutions, particularly around aerodynamics.

In the 1994 and 1995 seasons, the latter of which was the final ‘open formula’ fight between Lola and Reynard, the Lola T95/50 in the hands of Nordic Racing was struggling against the Reynard 95D’s.

Chris Saunders, who had been a significant part of the Williams aerodynamic team under Adrian Newey in the early 1990s, remembers the event well.

“It was my very first day at Lola after leaving Williams. This bundle of energy came bounding up to me and introduced himself. I was struck by this Bowlby bloke and the intensity he had straight away,” remembers Saunders, who later went on to work for McLaren and Red Bull Racing in F1.

“The pleasantries were quickly done with and he started to tell me about the issues he was having with the F3000 car. It just wasn’t very quick and there was big pressure because Reynard was taking all the business away. Lola wasn’t a big aero centric company in those days so I came in and took a look at how to develop it.

“The F3000 car had within its design certain aero traits that had what we call ‘soft stall’ which essentially de-sensitises the front wing, meaning that the characteristics of the handling at the front don’t respond to ride-height changes and it is all very hard for the driver.” continues Saunders. “The problem with this is that although it gives some predictability, it really doesn’t give you any downforce at all.”

“This wing set-up was a real alien concept to me because I had come from Williams where the name of the game was large amounts of downforce. So we took ten degrees of angle out of the front wing and took it to Snetterton with a South African driver called Stephen Watson.

“I wasn’t at the track but Ben ran me later quite excitedly and told me that Watson had come in to the pits after a few laps and said there was a problem with the steering and that he couldn’t drive it properly. In fact he was so used to such a little amount of downforce that his brain was just playing tricks on him. It was a real ‘eureka’ for us. Later in the season Watson’s teammate Marc Goossens won at Hockenheim and then got a few more podiums. It was interesting to be there with Ben at times like that as he was learning too about aero theory. He is such a driven and talented guy and it was always interesting seeing what concepts he would come up with.”

More experienced engineers like Saunders, Frank Dernie and Mark Williams (now a senior engineer at McLaren) were instrumental to Bowlby’s development throughout his early career and he fed off their knowledge to supplement his own nurtured aptitude.

Soon though Bowlby the protégé turned Bowlby the mentor, as he nurtured fresh talent that came through the doors at Lola. Simon Marshall of AAR, who has led much of the design of the Nissan GT-R NISMO LMP1 was one and the two have been close friends and collaborators since 1994.

Another was Adrian Newey’s successor as Head of Aerodynamics on the Red Bull Racing F1 programme – Dan Fallows. Making their way to senior positions at McLaren F1 after working under Bowlby at Lola are also Neil Houldey (Project Design Leader) and Guillaume Cattelani (Head of Aerodynamics), both soaked up some of Bowlby’s crackling energy during their time in Huntingdon.

So, for those that are sceptical about aspects of the new Nissan LMP1 car, consider that most of those that have worked closely with Bowlby consider him to be of a talent that borders on genius.

And consider too that his hunger and ambition to take on and eventually beat his competition should never be underestimated. And that very much includes Audi, Toyota and Porsche.

Rebellion switches to AER engines, to miss opening WEC round of 2015