The revived Brabham marque must "earn the right" to be able to support a hypercar programme in the FIA World Endurance Championship, says sporting director David Brabham.

The Australian ex-Formula 1 racer and Le Mans 24 Hours winner admitted during the Autosport International show that recent changes to the hypercar ruleset have “opened up a window” for his BT62 design to appear in the WEC's premier category.

This is in reference to the decision to open up the class to machinery based on road cars, such as the Aston Martin Valkyrie, instead solely lookalike prototypes as originally envisaged.

Brabham, who stated last year that the BT62 was likely to be a GTE project, said that due diligence was being done before making a firm commitment to a WEC assault.

“When we were here a year ago, the hypercar regulations weren’t entirely settled and it didn’t really look like a direction for us,” he said. “It was going to be more like GTE, but as those rules have altered its certainly opened up a window.

“We’re still assessing the situation. We still need to earn the right to grow as a business to be able to support a programme like that, but certainly it has shifted our focus more towards it.

"We’ve got a bunch of due diligence to do and feasibility studies to really know what that’s looking like, but that’s where we’re headed.”

Running a restricted 60 percent throttle map, the 5.4-litre V8 powered supercar won its first race at Britcar’s Brands Hatch ‘Into the Night’ event in November with Brabham himself and Will Powell driving, and has now been admitted to Britcar’s approved entry list.

Brabham said that the BT62's Britcar campaign marked a tangible step closer to the company’s goal of racing at Le Mans and in the WEC.

“It’s incredibly significant for the business,” he said. “When we launched, we had racing ambitions and we had ambitions around a customer racing programme so it’s great to see all that come to fruition now.

"After Brands Hatch it certainly inspired a lot of people to start talking to us, so we’ve had a significant amount of interest from potential drivers and teams about buying a BT62 race-spec.

“That’s what Paul has bought and it’s the next step towards our ultimate goal which is racing at Le Mans and building that family base of customers to be on that journey with.”

The car will be run by Bailey’s SB Race Engineering outfit, with support from Brabham Motorsport, although Brabham said that a works-run car could make cameo appearances in other series throughout the year.

“We’re looking at doing some more invitational races in different championships where the car can race,” he said. “We’re looking forward to putting those plans together and building the momentum of what we’re doing.” 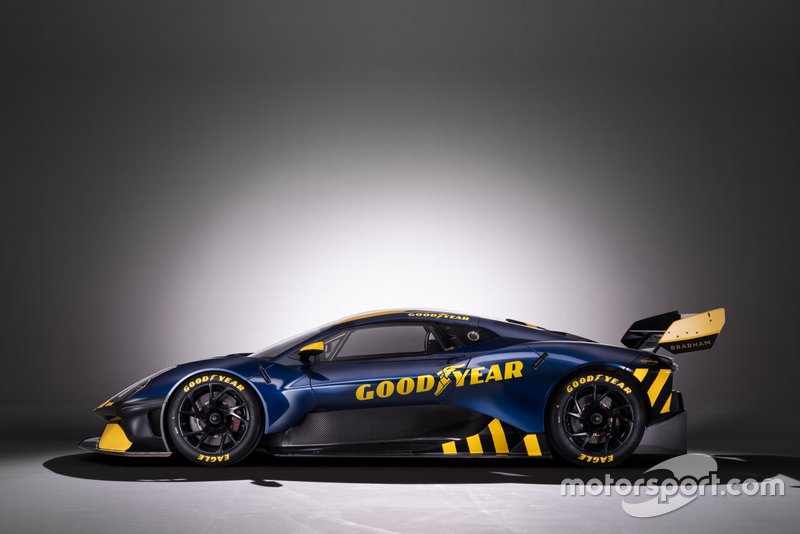