Toyota yet to make a call on Buemi FE/WEC clash

Toyota has yet to rule out allowing Sebastien Buemi to miss the Sebring round of the FIA World Endurance Championship next March to contest the clashing Chinese Formula E round. 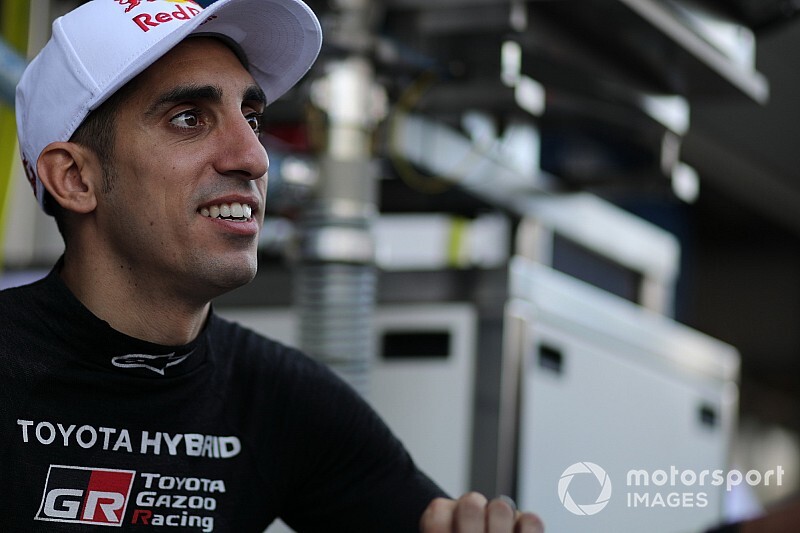 No decisions have been made on whether the Nissan e.dams FE driver will have to skip the Sanya ePrix on March 21 to race in the Sebring 1000 Miles, according to Toyota Motorsport GmbH technical director Pascal Vasselon.

"We will see when the time comes, but we have clear priority," Vasselon told Motorsport.com. "It could depend on a series of factors, but it is too early to elaborate."

Buemi's latest Toyota contract doesn't give the Japanese manufacturer first call on his services for every round of the WEC. But Sebring is one race where it does have priority, along with the Spa event in May and the Le Mans 24 Hours season finale in June.

For his part, Buemi wouldn't be drawn on which race he wants to contest.

"What I'll want to do when the time comes will be based how it is going in the two championships, but it is not really down to me," he said.

"So contractually I will be in Sebring, but before we get there I first want to see if FE can do a change [to the calendar]."

Buemi had to skip the New York FE double header in 2017, although on that occasion he was contractually obliged to skip any other event in case of a clash with WEC.

"Which championship would he like to win?" Leupen told Motorsport.com. "We will talk about it. We are clear how it will run, and I think Seb is clear too. From that point of view I think we have a strong car number 8 [line-up]."

However, Leupen admitted that reserve driver Thomas Laurent, currently racing for LMP2 squad Signatech Alpine, could be called upon in the event Buemi does race in China.

"I don’t think it’s good to take Laurent out of the car now," he said. "I think Sebring for us also for us has a certain value and we don’t have too much experience. We would like to go there with the strongest line-up. But just in case, Laurent is there as a back-up option."

Of the other four drivers affected by the clash, two will race in Sebring, while the other two will be present in Sanya.

Brendon Hartley, who will be racing for the Dragon squad in FE in season six, is tied to Toyota for Sebring, while James Calado's Ferrari WEC contract is understood to take priority over his new FE deal with Jaguar.

Nyck de Vries and Antonio Felix da Costa will take up their respective seats with Mercedes and DS Techeetah rather than racing their regular LMP2 mounts at Sebring.

Why Shanghai could be Rebellion’s last chance to win