Jenson Button says he is "enjoying racing" again after scoring his first podium finish in the FIA World Endurance Championship with the SMP Racing LMP1 team.

It came a week after Button secured the 2018 Super GT title in Motegi alongside Naoki Yamamoto.

Speaking after his Shanghai podium, Button said he has rediscovered his love of racing in 2018 after a difficult final two years in F1 with uncompetitive Honda-powered McLarens and a year spent largely on the sidelines in 2017.

“It’s been a good couple of weeks, winning the Super GT championship last weekend and getting a podium this weekend,” Button said.

“It’s been a fun year for me, after a couple of tough years in F1 and having a year pretty much off, coming back and racing and doing reasonably well, I’m very happy with, and I’m enjoying it.

“It’s been a couple of years since I enjoyed racing, but I’m there now.”

A final-hour safety car, triggered by the sister #17 SMP Racing BR1 crashing, wiped out what had been a comfortable lead for the #11 crew over the best of the Rebellions.

But Petrov was able to drive away from Andre Lotterer in the #1 Rebellion R-13 in the closing stages when the rain intensified again.

“I think it’s because we could get the heat more easily in the tyres than them,” said Button when asked why the BR1 was quicker in the wet. “But we also overheat the tyres more than them.

“Obviously we’re able to refuel quicker now, I think we lost two seconds to the Rebellion on the pitstops, whereas it was five [in Fuji].

“Here I think it was just we were slower, but in Fuji it was five [extra] seconds of actual refuelling, that we lost every time. It was fairer here, which is good.”

Button said SMP’s Shanghai performance gives him confidence going into the final three rounds of the 2018/19 superseason, which concludes with the 2019 edition of the Le Mans 24 Hours.

“We just need to work on the suspension, damping,” he said. “If we can improve that area, the car is strong. Aerodynamically it’s very strong.

“You could feel as soon as the downforce comes off into a corner, you lose all grip. There’s areas we need to improve and I think we can do that.

“Obviously, the big one is Le Mans next year. If we can work on those areas, and if we’ve got the reliability which seems much better now, we can be competitive at the big one.” 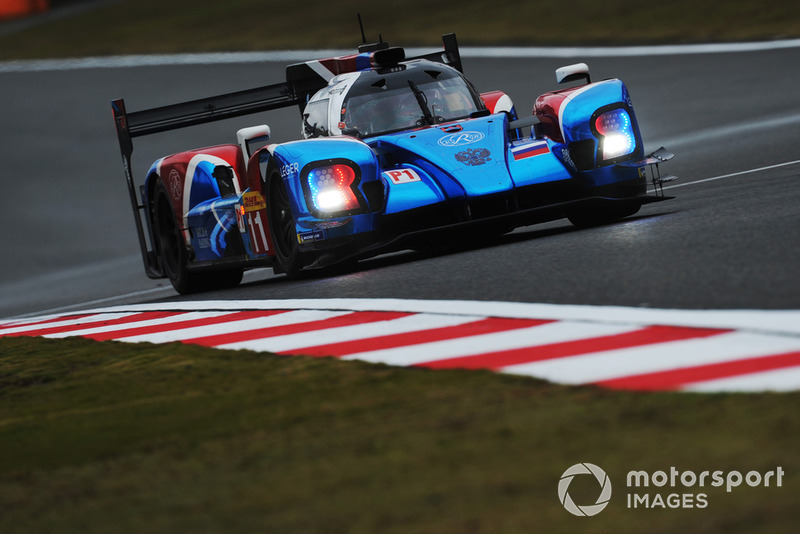