The ByKolles LMP1 team was missing over 100 horsepower as a result of its early turbo issues in last weekend’s WEC 6 Hours of Fuji, Tom Dillmann has revealed.

Dillmann, returning to the Austrian squad after skipping the previous round at Silverstone, shared the solo ENSO CLM P1/01 with Oliver Webb and James Rossiter at Fuji last weekend, finishing fifth.

The trio ended up some 11 down laps on the winning Toyota TS050 Hybrid at the finish, as well as seven behind the leading privateer, the best of the Rebellion R-13s.

But Dillmann said this lack of competitiveness was down to a loss of turbo pressure on one side of the ENSO CLM’s Nissan twin-turbo engine, robbing the car of a significant amount of power.

“After 10 minutes we lost pressure on one side, on one turbo,” Dillmann told Motorsport.com. “Nissan gave us an estimation, we lost 100 or 150bhp. We were down 30km/h on the straight.

“Changing it would have taken too long, we would have lost too much, so we decided to keep going and try to survive like this.

“It was tough. We were barely faster than the GTs at the end of the straight, and to pass the LMP2s was really difficult.

“The car has made a big step compared to last time I drove, it’s just a shame what happened. Without that issue I think we would have finished one or two laps down on the Rebellion.”

Super GT and Super Formula regular Rossiter made his first appearance for ByKolles since last year’s Spa race, gave his view on where the ENSO CLM is lacking compared to the privateer competition.

“There are obviously a lot of areas to improve,” he told Motorsport.com. “There are a lot of things we need to do at the rear of the car to improve the balance and how we use the tyres, and then on top of that there’s the [lack of] downforce and efficiency.”

On whether he will return for the next round of the WEC at Shanghai next month, Rossiter said: “Not sure. The offer’s there, we’ll see.”

Dillmann, who says he will stay on for Shanghai, was confident of a more competitive showing at the Chinese track based on the evidence of Fuji.

The Frenchman observed: “This weekend was the first time we could run in all the free practice sessions without trouble.

“At Spa and Le Mans we had many problems, we were always going into the race not ready and the balance of the car was good in the race.

“With the same kind of weekend with no issues [in the race], we can fight for P4 or P5, and if there are more issues then who knows, maybe we can be there for the podium.” 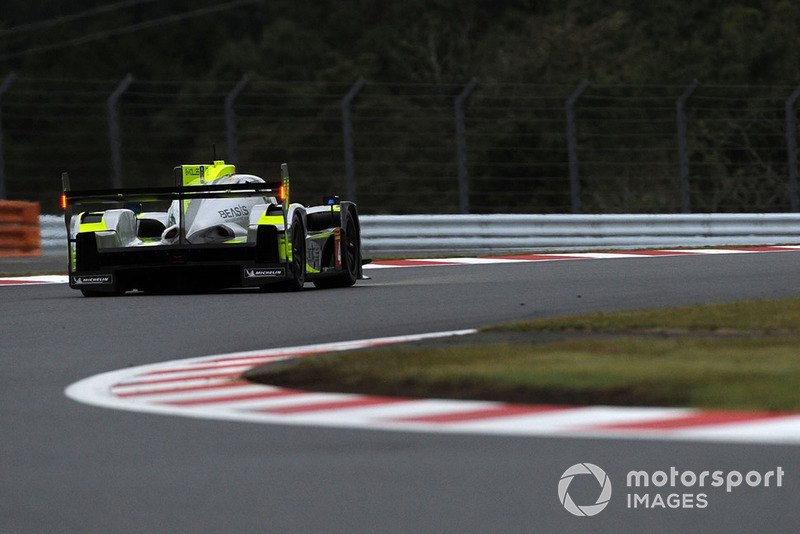