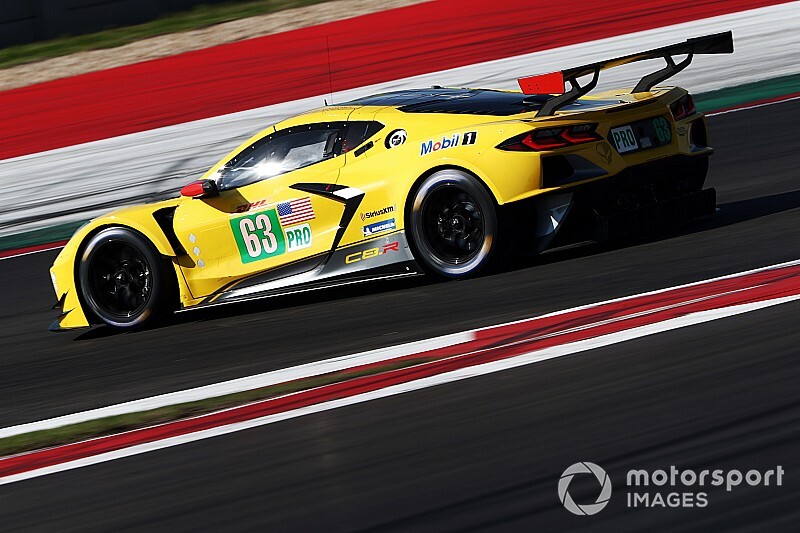 Mike Rockenfeller admits that Corvette Racing's second race outing with the new C8.R at the Circuit of the Americas is likely to be "tough" after qualifying at the back of the GTE Pro field.

The #63 Corvette shared by Rockenfeller and fellow team returnee Jan Magnussen ended up seventh and last of the GTE Pro cars during Saturday evening's qualifying session for the Lone Star Le Mans race, 2.2 seconds off the pace of the pace-setting Aston Martin.

Their average time left them 1.7s adrift of the next-slowest car in the class, and behind the fastest three GTE Am runners.

Audi DTM regular Rockenfeller, who hadn't driven the mid-engined C8.R prior to the start of track action at COTA, said he anticipates an equally difficult time in what will be the car's second race outing following its debut in last month's Rolex 24 at Daytona.

"For me obviously there were a lot of things to learn," he said. "It's not so easy when you have to adapt quick. You don't have a lot of tyres here with these regulations.

"I tried to use my time in the Corvette as much as I can. I thought we made a lot of progress over the day in improving the setup of the car. It looked like we are behind and in qualifying showed the same tendency but we always try our best.

"For me, the handling was pretty decent and I hope we have a good race car for tomorrow [Sunday], but for sure it is going to be tough."

Magnussen had driven the C8.R during its development phase last year before being replaced in Corvette's IMSA WeatherTech SportsCar Championship line-up by Jordan Taylor.

The Danish veteran regretted an issue in qualifying that dragged down the average of the car.

"Qualifying was a step back with an unfortunate issue that we were able to address for Mike's run, but it meant I was unable to go for a lap time. That's obviously very disappointing, but we're here to learn everything we can. We're definitely doing that.

"Hopefully we can have a problem-free race tomorrow and get the best out of it."