Corvette Racing has announced Jan Magnussen and Mike Rockenfeller will drive its solo C8.R for both the COTA and Sebring FIA World Endurance Championship rounds. 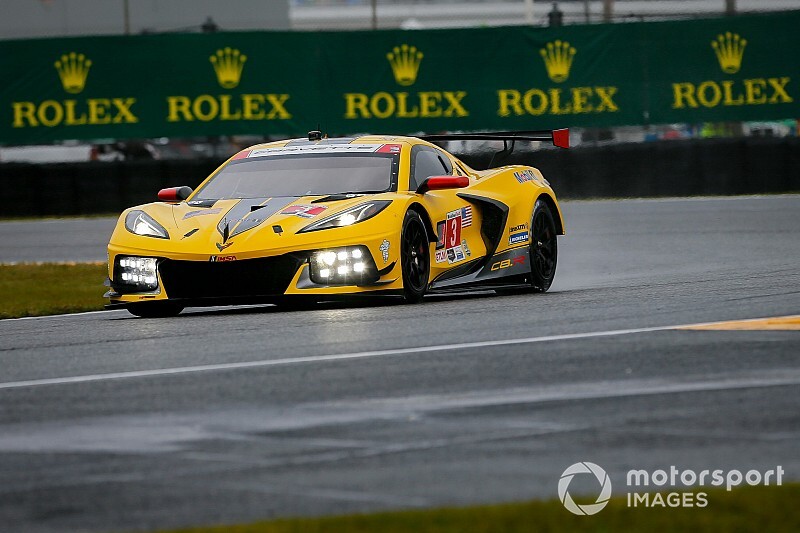 Magnussen was a mainstay of Corvette's IMSA WeatherTech SportsCar Championship and Le Mans 24 Hours line-ups until he was dropped at the end of 2019 in favour of Jordan Taylor.

Likewise, Audi factory driver Rockenfeller had been a regular for the American brand in the long-distance IMSA races since 2016 and also was part of Corvette's Le Mans assault for the last two years alongside his DTM duties.

However, a clash between the French endurance classic and the DTM's planned visit to Anderstorp ruled the German driver out of his role this year, Nicky Catsburg taking his place.

Corvette however has handed both men a reprieve by naming them with their one-off WEC entries in this month's Lone Star Le Mans race at Austin and next month's Sebring 1000 Miles.

Magnussen wrote on Twitter: "I'm very happy to be back with @TeamChevy at @COTA and @sebringraceway with the mid-engine Corvette C8.R.

"Even in early testing, I was very impressed with the level of engineering and performance of the C8.R. I'm excited to drive it again, now in race conditions."

It means none of Corvette's regular drivers will have to pull double duty at Sebring, with the eight-hour WEC race taking place the day before IMSA's 12-hour event.

The mid-engined C8.R made its race debut last month in the Rolex 24 at Daytona, the first round of the new IMSA season.

Taylor, Antonio Garcia and Catsburg finished fourth in the GT Le Mans class in the #3 car, while the sister #4 entry of Oliver Gavin, Tommy Milner and Marcel Fassler was heavily delayed by an oil leak and ended up seventh.

ByKolles set to return to WEC at Spa and Le Mans