Garcia and Gavin, who had never previously shared a car despite their long Corvette careers, were paired up for what was the C8.R's first race outing outside of North America in a one-off WEC outing ahead of the team's planned outing in the Le Mans 24 Hours in August.

But the veteran duo struggled for competitiveness in the five-car GTE Pro class against the two-car factory efforts from Ferrari and Porsche.

Garcia qualified the #63 car fifth, 1.8 seconds off the searing pace of polesitter Kevin Estre, while he and Gavin finished fourth in the race, a lap down on the winning Porsche of Estre and Neel Jani.

Gavin announced his retirement from professional racing ahead of the start of the Spa weekend on Thursday, and Garcia said trying to secure a podium place for his teammate was a motivating factor throughout his time at the wheel of the C8.R.

“I really wanted us to finish on the podium," said Garcia. "My main push the whole race was to be up there with him [Gavin], even if we knew getting on the top step was almost impossible. But being up there would have been super-nice.

"I gave all I had to do it. It wasn’t enough for sure, but it was good to share a Corvette with him for once. I would have liked to have to get a better result. But as a team, we can take the good things from this race and the information on the car ahead toward Le Mans.” 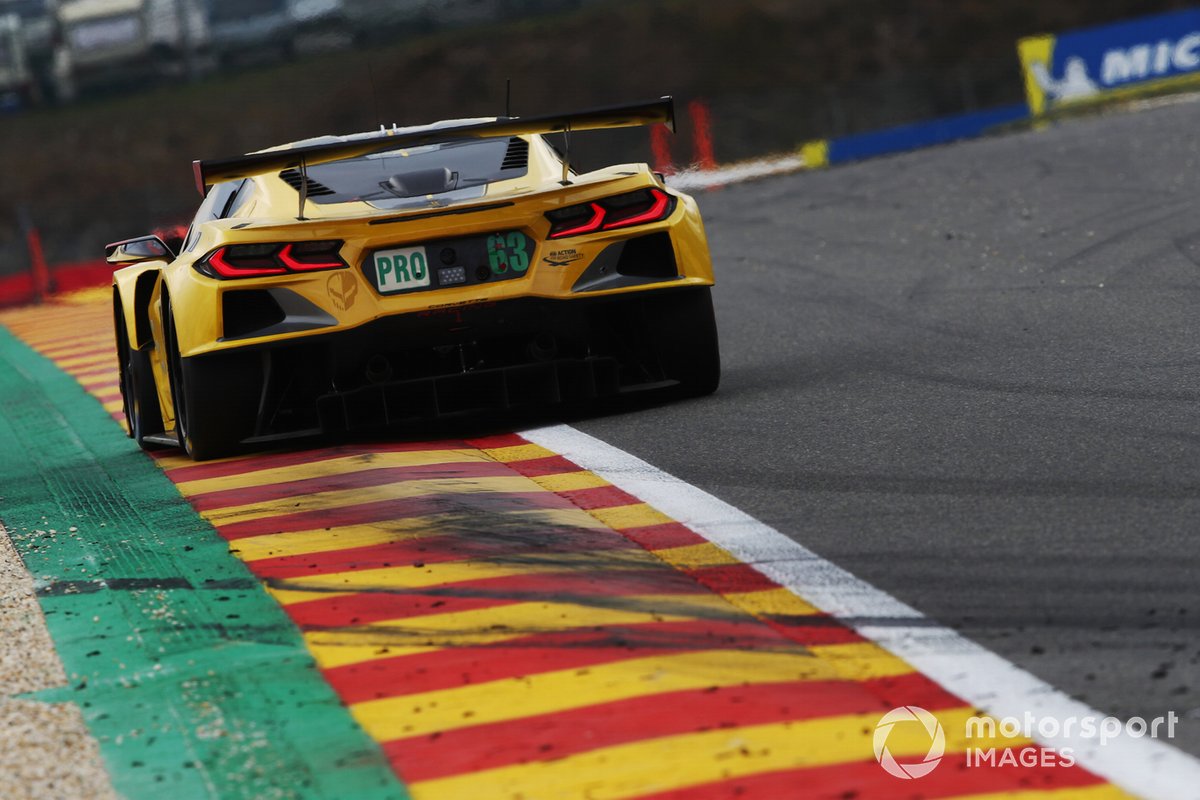 Gavin took on the middle portion of his final top-line endurance race, taking over from Garcia just before the two-hour mark before handing back to his co-driver for the final two hours.

The 48-year-old Briton likened the experience to his final outing as a Corvette driver in the IMSA WeatherTech SportsCar Championship at Sebring in November, which brought down the curtain on a 19-season run with the American manufacturer.

"It's been quite a day," commented Gavin. "I kind of went through all this when I was at Sebring in November for my final race in IMSA. It has brought a lot of those emotions back.

"To be able to finish here at Spa in the WEC is very special. You can really feel the character and charisma of the track and the race. Those are the things I fell in love with when I went to Le Mans for the first time. I feel very, very fortunate."

Di Resta to make WEC return with United at Portimao