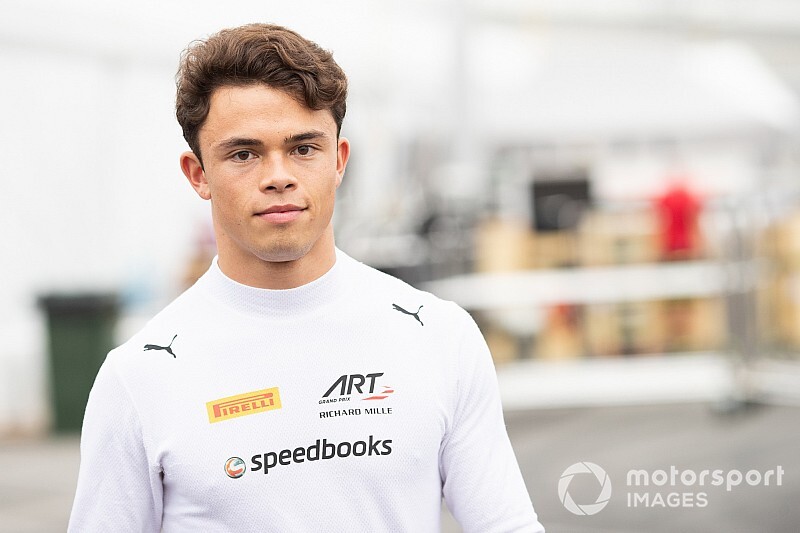 De Vries, already a WEC regular with the Racing Team Nederland LMP2 outfit, is one of four drivers to have been named by the series for the one-day test that will take place on the Sunday following the Bahrain 8 Hours in December.

Toyota technical director Pascal Vasselon said: “We are looking forward to working with Nyck at the Bahrain rookie test.

"He is clearly a talented driver with a lot of potential, as he has proved in Formula 2 and in LMP2; thanks to the WEC for giving us this opportunity to see his abilities up close.”

De Vries will be joined for the Bahrain test by BMW factory driver Mikkel Jensen, rising LMP2 star Job van Uitert and Blancpain GT Series ace Vincent Abril, with each driver assigned to one of the four title-winning teams from the 2018/19 superseason.

Jensen, who has raced in the Intercontinental GT Challenge and European Le Mans Series this year, joins the Signatech Alpine LMP2 team, while van Uitert and Abril will take part in the test for the factory Porsche and Proton Competition GTE squads respectively.

WEC CEO Gerard Neveu commented: "It has been very rewarding to see the progress of our ‘rookies’ from previous years, and the perfect example of this is Thomas Laurent, now a Toyota Gazoo Racing reserve driver after first testing the LMP1 car in Bahrain in December 2017.

"Endurance racing offers long and successful racing careers for those that choose it, as has been demonstrated by the presence of so many top names in the WEC.”

A full Bahrain WEC rookie test entry list will be issued in due course, with five hours of running set to take place split into two sessions. The four nominated rookies are each guaranteed 30 laps of running in their respective cars.

Verstappen: Perez "took himself out" in opening lap clash