The eight race championship begins at Silverstone on April 20th and includes the legendary Le Mans 24-hours in June.

The eight race championship begins at Silverstone on April 20th and includes the legendary Le Mans 24-hours in June.

The team drivers will be Fabien Giroix, John Martin and Oliver Turvey in car 22, with Mike Conway, Shinji Nakano and Stefan Johansson in car 23. 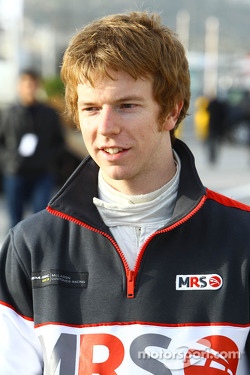 This is the pinnacle of Sports Car Racing and Delta Motorsport has been one of the most professional teams in the series,’ said Johansson. ‘They have a terrific engineering base and great car preparation. This will be my first full season of racing since 2007 and I can’t wait for the Championship to get started!”

Oliver Turvey is equally excited to be part of the team; ‘I am delighted to have been selected by Delta Motorsport to join Millennium Racing for the 2014 World Endurance Championship. The team has an impressive engineering background and shares my passion and desire to win races. I am privileged to be partnered with Fabien and John, and I am excited to begin working with them. I would like to thank McLaren for their continued support and for allowing me to compete alongside my Formula 1 commitments’.

Last year, the Delta Motorsport Orecas came second in the Championship, winning five of the eight races, while this year the potency of Delta’s input has already been shown when it partnered successful US race team Action Express at the Daytona 24-hours, bringing the number 9 Coyote Corvette Daytona Prototype home in third position. Delta has developed a new body for Coyote and will showcase this in the United Sportscar Championship later in the year.

In the World Endurance Championship, competition is fierce in the tightly regulated LMP2 class; ‘The window for improvement is small, so fine details have an even greater impact,’ explains Delta’s Managing Director Simon Dowson. ‘Because of our engineering and design background, we can analyse and interpret data to enhance the performance of the car, the drivers and the crew. We bring the performance of a factory team to a private entry.’


Fabien Giroix has been heavily involved in sports car racing for most of his career. In the Nineties he campaigned a McLaren F1 and more latterly, a Lamborghini Gallardo. In 2012 he was UAE GT champion in the GTA class.

Stefan Johansson had long experience in F1 with spells at both Ferrari and McLaren before moving to sports car racing. He won Le Mans in 1997 in a TWR Porsche. He later moved on to running his own team in the States.

Oliver Turvey is a McLaren F1 test driver and has been a championship contender in F3, GP2 and more recently in the European Le Mans series.

John Martin is a sports car ace who has also enjoyed success in Formula Ford and Superleague Formula.

Shinji Nakano is a veteran of Formula One and Indy cars and has taken part in seven Le Mans 24-hours.

Mike Conway has pursued a long career in Indy cars (which he still races), as well as driving for Delta/Millennium. He is also part of the factory Toyota LMP1 team.

OAK Racing with G-Drive Racing in the 2014 championship