Neither Pietro Fittipaldi nor Henrik Hedman will race for the DragonSpeed LMP1 team in next month’s Fuji FIA World Endurance Championship round, it has been announced.

Team regular Ben Hanley will be joined by Australian driver James Allen at the wheel of the #10 BR Engineering BR1-Gibson for the Japanese event in a revised two-driver line-up.

Dale Coyne Racing IndyCar racer Fittipaldi will not make the trip to Fuji as he focuses on returning to full fitness after breaking both his legs in a major crash during qualifying for the season-opening WEC round at Spa in May.

"I want to focus more on the last race for IndyCar [at Sonoma next weekend] and then further recovery," the Brazilian told Motorsport.com. "We have a big off-season after Sonoma and I want to focus on getting the leg better, stronger.

"I’ve been doing a lot of traveling, a lot of moving, and that’s not helping my bones to heal. I need to use that time to stay home instead and do as much physical therapy as I possibly can.

"My right ankle is 100 percent; my left, because it was the tibia and fibula, they just take longer to heal. My bone is still broken, and I’ve been able to drive because I have a rod in my leg but it is still hurting because the bone is still healing.

"So I need to maximise the healing after the IndyCar season  and get my left leg back to 100 percent as quickly as possible."

The reasons for bronze-rated Hedman, who along with Hanley has contested all three WEC rounds so far this year, skipping the Fuji race are unclear.

The 22-year-old will be making his LMP1 debut as well as his first appearance in a six-hour WEC event at Fuji.

"I’m very excited about this amazing opportunity to race in the WEC 6 Hours of Fuji with DragonSpeed and I’m very grateful to [team boss] Elton Julian and his team for putting their faith in me,” said Allen.

“From my experience in racing in ELMS, DragonSpeed have consistently shown that they are a very professional, well run team and Ben Hanley has always been one of the top drivers of the championship.

“I’m really looking forward to driving with him and working with the team at Fuji."

DragonSpeed boss Julian added: “James has put in some very impressive drives over the last season and has been able to secure P3 in the ELMS championship last year in his rookie sportscar campaign.

“I have no doubt he will settle in nicely within the more complex LMP1 program and work closely with Ben, our engineers and the entire team to bring us the results this program deserves.” 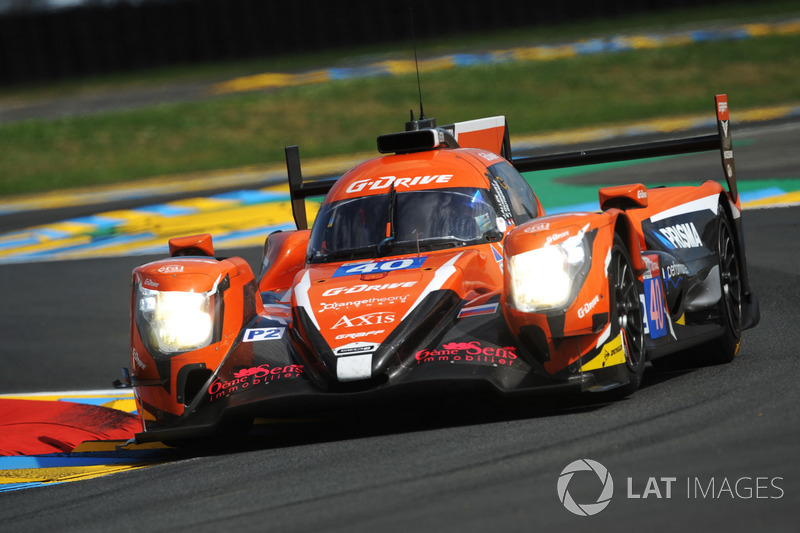