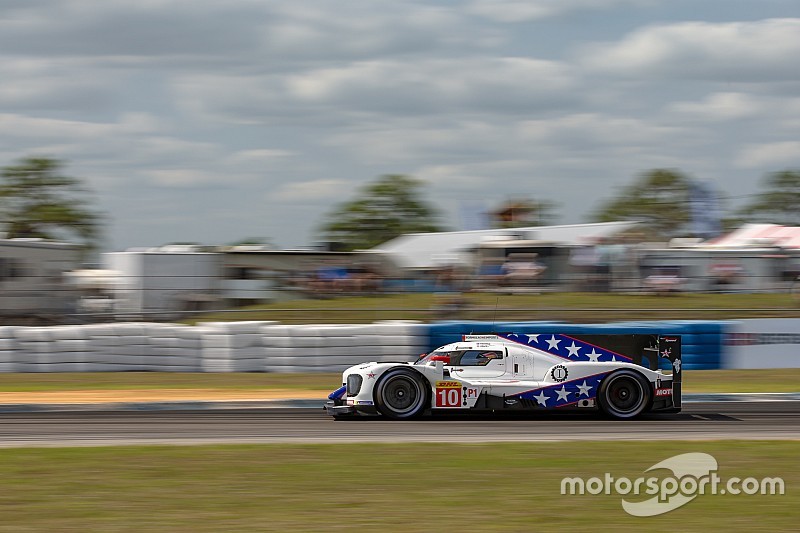 DragonSpeed has withdrawn its LMP1 entry from this weekend's Spa FIA World Endurance Championship round.

The American outfit shared the news on social media on Tuesday, saying it had been unable to repair its customer Gibson-powered BR Engineering BR1 from last month's Sebring race.

DragonSpeed's #10 car had been due to be driven by Ben Hanley, Henrik Hedman and James Allen at Spa, with Allen standing in for Renger van der Zande, who is on IMSA WeatherTech SportsCar Championship duty with Wayne Taylor Racing at Mid-Ohio this weekend.

The car failed to take part in last year's Spa race, which marked the start of the 2018/19 WEC campaign, after Pietro Fittipaldi's huge Eau Rouge crash that left him with leg injuries.

Since then, the #10 machine has only finished two races, placing 11th overall at Silverstone last year and then recording its best finish of sixth at Shanghai.

DragonSpeed's withdrawal reduces the size of the entry for the Spa race to 34, with only seven cars in LMP1. The Elton Julian-led squad will still have its LMP2 entry present in Belgium.

Can Alonso, Buemi and Nakajima seal the WEC title at Spa?