The latest WEC Equivalence of Technology changes have done little to even the field between Toyota and its LMP1 opposition in Fuji, claim numerous privateer drivers.

Ahead of this weekend’s Fuji round, Toyota agreed for the first time to allow the TS050 Hybrid to be slowed down following a series of dominant performances in the opening three rounds of the 2018/19 season at Spa, Le Mans and Silverstone.

There was a further change made on Saturday morning at the Japanese venue giving the LMP1 privateers slightly more useable energy per lap and fuel per stint.

However, this didn’t prevent Toyota from again locking out the front row at Fuji with an advantage of almost one second over the best of the privateers, the #1 Rebellion R-13 - prior to the pole-winning #7 car being moved to the back of the class grid.

Thomas Laurent, one of the drivers in the #3 Rebellion that will start third on the grid for Sunday’s race, said the revised EoT had made no difference to the state of play in LMP1.

“It’s nothing,” he told Motorsport.com. “We still have to release the throttle before the braking zone. It’s like having a hybrid [fuel cut] but we do it by ourselves.

“We have to save a lot of fuel, and we are not pushing, because we cannot. If we push, we are over the limit. We are too limited. 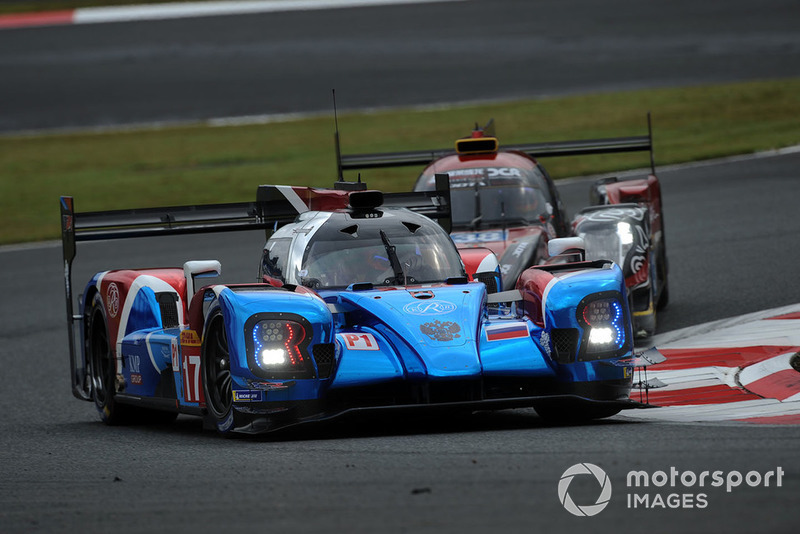 Sarrazin’s SMP stablemate Jenson Button, fifth on the grid in the #11 BR1, remarked: “The realistic aim is to beat Rebellion. That would be a great achievement for us.”

Rebellion driver Neel Jani said he was satisfied that the Swiss squad had made a big step forward from Silverstone, even if the team remains some way adrift of Toyota’s pace.

“We’ve made a good improvement since Silverstone,” Jani told Motorsport.com. “There we were really struggling, hence Bruno [Senna]’s crash, but we’ve found a lot in the car.

“Here in the high-speed we found a lot more driveability. It doesn’t bounce anymore; it’s a lot more settled. So that’s a good thing.”

Toyota finished four laps clear of the best of the non-hybrids, the #3 Rebellion, at Silverstone before both its cars were excluded for technical infringements.

Pressed on how many laps he expected to be behind Toyota in Fuji, Jani said: “Two, I hope. If there are a lot of yellows [caution periods], maybe one.”

Laurent meanwhile predicted the Swiss outfit will be "two or three" laps behind at the chequered flag.

Peugeot "starting from scratch" in WEC as Monza debut nears