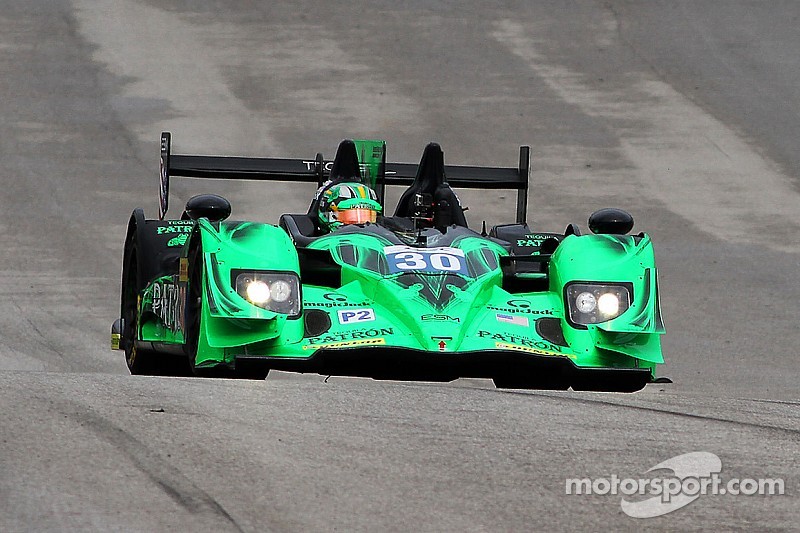 In February 2013, the Tequila Patrón-sponsored ESM entered two Le Mans style-prototype racing machines (LMP2) for the final season of what was the American Le Mans Series (ALMS), en route to a runner-up position in the championship standings.

Less than two years later, the Florida-based team made its debut in the FIA WEC during the September race at Circuit of The Americas (COTA) and earned a third-place finish. For 2014, ESM competed in the prototype class of the TUDOR United SportsCar Championship, the result of the ALMS and former Grand-Am Road Racing series. As the TUDOR Championship season drew to a close, ESM decided to embark on a journey into the FIA WEC and entered two cars in the November race.

The No. 30 Tequila Patrón HPD driven by Scott Sharp, Ed Brown and Ryan Dalziel made a stellar debut in Austin, Texas, in September. The trio started from the third position, battled the competition, the rain and a red flag. All three drivers led the LMP2 class during the six-hour event. Dalziel charged to the front twice and was logging laps nearly six seconds quicker than the leaders. In the end, the No. 30 team earned a third-place finish.

The Tequila Patrón-sponsored team showed its power and prowess with one entry at the September race. Now with double the racing machinery and drivers, ESM eyes the Orient and seeks another solid performance.

The line-up has changed for the No. 30 Tequila Patrón HPD team. Mexican racer Ricardo Gonzalez, the 2013 FIA WEC LMP2 champion, will co-drive with Sharp and Dalziel. Gonzalez has two previous starts at the Shanghai track. Last year, Gonzalez and co-drivers Bertrand Baguette and Martin Plowman qualified fourth and finished third in P2 driving an Oak Morgan-Nissan.

ESM team owner and racer Sharp is making his Shanghai debut. Although Sharp is new to the FIA WEC, he holds several drivers championships including three consecutive Sports Car Club of America (SCCA) titles (1986-1998), two SCCA Trans-Am titles and one ALMS LMP1 Championship title that he earned with then co-driver David Brabham. Sharp is also the 1996 Indy Racing League co-champion.

New for the FIA WEC 6 Hours of Shanghai is the No. 31 Tequila Patrón HPD, co-driven by Brown, Johannes van Overbeek and Brabham. Formerly the No. 2 Tequila Patrón HPD in TUDOR Championship, the addition of the second LMP2 machine in the WEC strengthens ESM’s efforts. In 2014, Brown and van Overbeek earned their first pole position and win in the TUDOR Championship during the May race at Mazda Raceway Laguna Seca.

Brown was part of the ESM team that raced to a third-place finish at COTA. The China event marks the FIA WEC debut of Oakland, California-native van Overbeek. Although a seasoned sports car racing veteran with four 24 Hours of Le Mans events under his belt, van Overbeek makes his first FIA WEC appearance in China. International competition has taken a liking to van Overbeek. While with ESM, the Californian celebrated his 100th ALMS start during the 2012 July race at Canadian Tire Motorsport Park in Bowmanville, Ontario, Canada. That same weekend van Overbeek made a bold final-lap pass which resulted in ESM’s first GT win.

Brabham teams with Brown and van Overbeek for the first time. Earlier this year, Brabham co-drove with Sharp and Dalziel in the Rolex 24 At Daytona and assisted in a third-place finish at the 12 Hours of Sebring. Brabham also co-drove in the then No. 01 machine during the 2013 ALMS endurance races at Daytona, Sebring and at the Petit Le Mans in Atlanta. The 6 Hours of Shanghai marks the second appearance for the Australian at Shanghai International Circuit. He finished fifth in 2012 in the LMP1 class.

Audi denies F1 rumors, says they are 'committed' to WEC