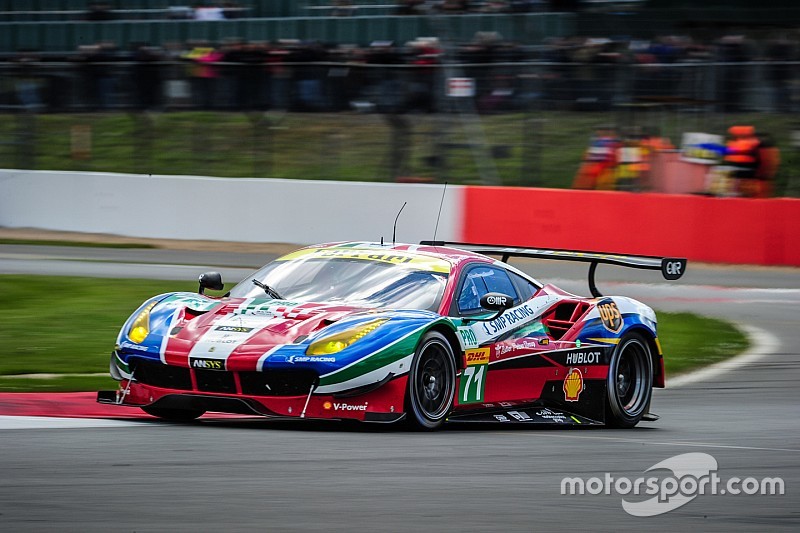 The new No. 71 crew Rigon-Bird hits the target at its début in GTE-Pro class

Silverstone, 17 April – Ferrari could not have started the 2016 season of the World Endurance Championship (WEC) any better. The new 488 GTE won its début race with Davie Rigon and Sam Bird, while Gianmaria “Gimmi” Bruni and James Calado finished in second place thanks to their skill, the performance of the new car, but also the bad luck and strategic mistakes of their competitors. Perfect start also for the 458 Italia which competed in the GTE-Am class with François Perrodo, Emmanuel Collard, and Rui Aguas, getting their second win in the WEC.

In GTE-Pro class, the race started with Rigon leaping out from the pole on car No. 71, and Bruni, on car 51, facing a comeback after a technical issue during qualifying relegated him to the back of the grid. Rigon started to increase his lead on the pack, while Bruni climbed to 4th place. At that point, the race director called him back to the pits to wait out the stop&go required to change the engine. The first two hours of the race went by without problems and, also thanks to an excellent stint by Sam Bird, car 71 gained precious seconds on the Porsche 77, which was a constant threat until a suspension failure put it out of contention.

At the turn of the third hour, Rigon on car 71 was ahead to the Aston Martin 95, the two Ford, and Bruni's 488 GTE. Shortly after, Nakajima’s Toyota spread much debris on the track, forcing the race director to call in the safety car. Bruni's car No. 51 benefited largely from this and made up without difficulty the one minute gap that separated it from the Fords.

After the pit stop, Calado came close to the American cars and overtook them, even too easily. On the final part, Bruni decided not to change tyres and was thus able to come out ahead of the Aston Martin 95 at the last pit stop. This is the first WEC win for Davide Rigon, while for Sam Bird it is the first with Ferrari.

In class GTE-Am, the 458 Italia of AF Corse team driven by Emmanuel Collard, François Perrodo and Rui Aguas (the only Ferrari in the field) was the star of the race. Collard completed some excellent stints that took the car into the lead, immediately starting a struggle with the Porsche number 88 of Al Qubaisi-Heinemeier Hansson- Bachler. In the final part, the strategy chosen by the AF Corse team combined with the withdrawal of the Porsche resulted in the best possible start the season for the trio. The next race is scheduled at Spa-Francorchamps for 7 May, and will be the last one before the 24 Hours of Le Mans scheduled in June.