The first round of automatic Balance of Performance changes in the 2018/19 World Endurance Championship's GTE Pro division could be delayed by one race. 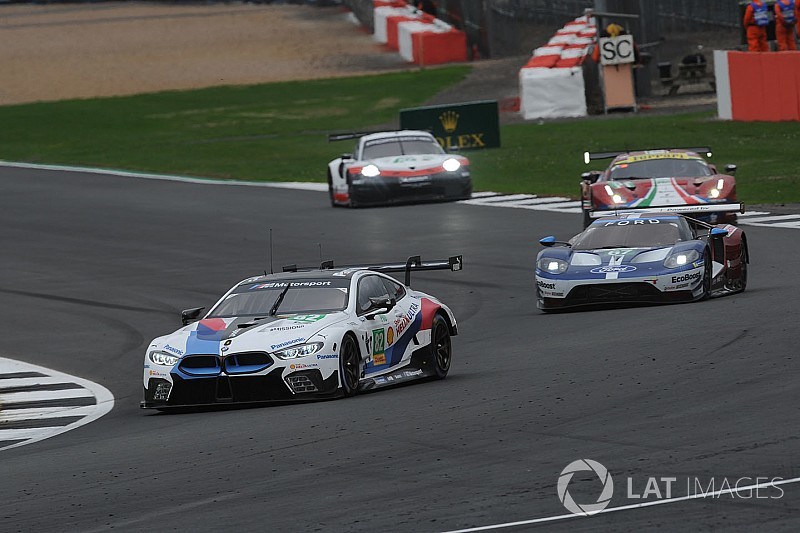 The auto BoP system introduced last year for the GTE Pro class works on rolling average based on data gathered from two six-hour WEC races, which means the first adjustments were due to be made for the Fuji round of the 2018/19 superseason in October.

But changes made under the so-called 'black-ball rule', which allows for the BoP to be reset outside of the auto system, for last weekend's Silverstone round could result in a delay.

It has yet to be disclosed by the FIA and the Automobile Club de l'Ouest, which jointly write the rules for the WEC, whether this will count as a full reset of the BoP.

If that is the case, it would mean that the two-race rolling average would be based on Silverstone and Fuji, with the first adjustments coming for the Shanghai 6 Hours in November.

ACO sporting director Vincent Beaumesnil told Motorsport.com when asked about the timeline said: "That is a good question, but I will not tell you the answer.

"It is not that we have not decided, just that for several reasons we have decided to inform everyone, including the manufacturers, at some point after the race."

Some manufacturers have stated that it makes sense for the first changes to now be made after Fuji rather than beforehand.

Ganassi Ford team principal George Howard-Chappell said at Silverstone: "Certainly ourselves and some other manufacturers are under the assumption that this is now the first race for the auto BoP calculations."

He suggested that there was "no point" in having an auto BoP system if one of its basic principles was effectively undermined by a reset.

The black-ball rule was devised to bring cars that are outside of the prescribed performance window within a range where the auto changes can have the designed effect.

This is because the auto system only allows for changes in limited increments: maximum adjustments of plus or minus 20kg and 10kW (13.5bhp) can be made at any one time.

The new-for-2018 Aston Martin Vantage GTE and the Evo version of the Ferrari 488 GTE, which took the class win last weekend, both received performance breaks for Silverstone under the black-ball rule.