Four rings of wonder: The end of the Audi era 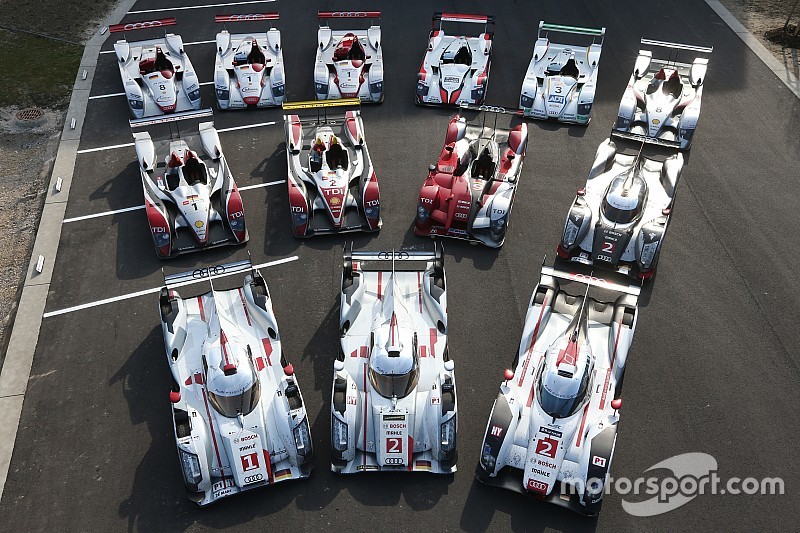 A mainstay of endurance racing since the turn of the century, it's not easy to imagine WEC and the Le Mans 24 Hours without Audi. Sam Smith looks back on an era-defining stint at the top level for the Ingolstadt brand.

Where to begin when evaluating Audi’s commitment and achievements over the last 17 seasons in endurance racing?

It is an unenviable task. True epochs are rare in motorsport, but the span from 1999 to the present day, with a short break in 2004-05 aside, Audi Sport has been a titan of one of racing’s toughest disciplines, and it has a strike rate at La Sarthe which is unlikely to ever be beaten in the same timeframe.

You have to be well into your twenties to remember a time when Audi was not at Le Mans. A generation of endurance racing has passed since four Audis turned up at La Sarthe at that infamous 1999 edition, when perhaps the most competitive field was ever assembled for the great race. 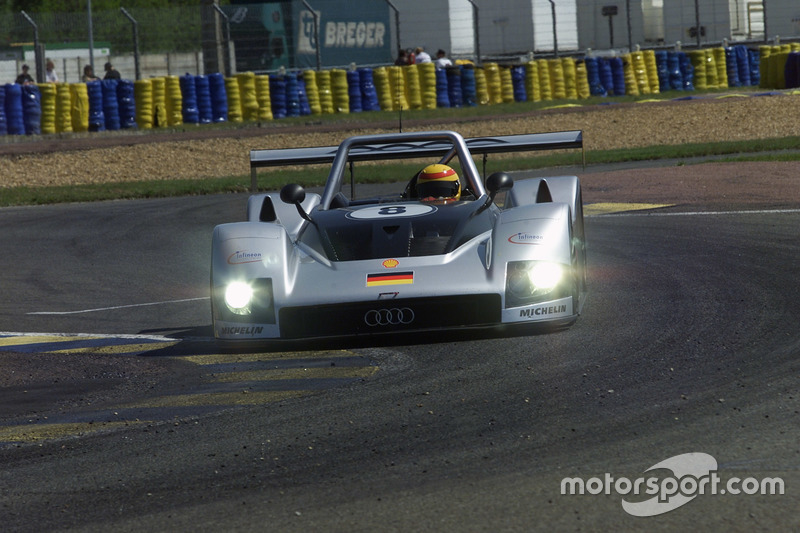 Six years prior to its Le Mans debut, Audi’s outlook in international racing shifted on an axis when a relatively unknown Austrian by the name of Dr. Wolfgang Ullrich was tasked with heading Audi’s motorsport programme.

At first, it was a modest but successful affair, with Super Touring campaigns in Europe winning several titles with Frank Biela (France in 1993 and Britain in 1996) and Emanuele Pirro (Italy in 1994-95 and Germany in 1996).

Showing just how racing history can turn on a twist of fate, Ullrich’s first task at Audi had been to convince the board members into not leaving motorsport totally after the early 1990s slump in the economy.

He convinced well, and from the relatively small seeds of the Super Touring programme came the planned assault on Le Mans.

The beginning of the Audi endurance era took place in the low-key setting of a tiny village called Lenwade, just north of Norwich, where the manufacturing of the coupe, the R8C, was completed. Its open-topped cousin, the R8R, was built by Dallara.

The former TOM’s Toyota factory, which was re-named Racing Technology Norfolk (RTN), still had autoclaves and five-axis machines and a full composites capability. It was the perfect location to get the ball rolling, but little did anyone think back then that Audi’s glorious seam through the annals of endurance history would last another 17 years.

Another masterstroke pulled by Ullrich was to hire endurance racing oracle Reinhold Joest and his team which, had delivered four wins at La Sarthe in 1984, 1985, 1996 and 1997 with Porsche and TWR machinery.

Audi’s first Le Mans in 1999 was both good and bad. The coupe, run by Richard Lloyd and John Wickham on behalf of Audi UK, suffered chronic gearbox issues and neither completed the race, but the pair of open-topped R8Rs came home third and fourth.

The experience and data gathered was vital, and for 2000 the mission was to win. 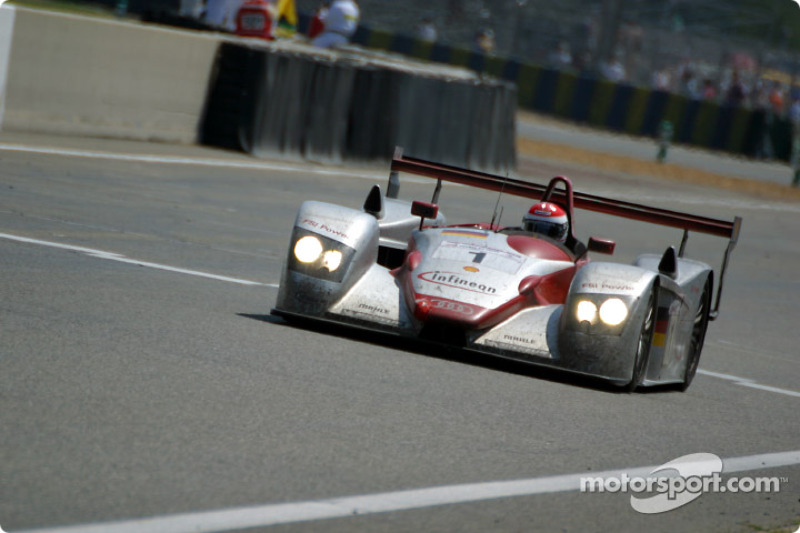 Helped by BMW, Toyota, Mercedes and Nissan all withdrawing their factory programmes, the Audi R8 conquered all before it in the first year of the present century.

A crushing 1-2-3 finish was only part of the story though. Audi brought visionary concepts such as the detachable rear-end section, which left experienced Le Mans observers open-mouthed as the team was able to change a complete gearbox, suspension and driveshafts in mere minutes.

Audi went on to win Le Mans again in both 2001 and 2002, fighting back from the stark tragedy of Michele Alboreto’s death during testing at Lausitzring.

With a works team not entered in 2003, Le Mans was Bentley’s year, when the sensational Speed 8 broke Audi’s 21st century winning streak. However, as part of the Volkswagen Group, the Bentley project had significant support from Audi in terms of using their technical capabilities and staff.

Ullrich was also still masterminding support for customer R8s, and saw the Team Goh and Champion Racing squads score the Ingolstadt marque's fourth and fifth La Sarthe wins in 2004 and 2005 respectively against opposition from the likes of Pescarolo, Dome and Zytek. 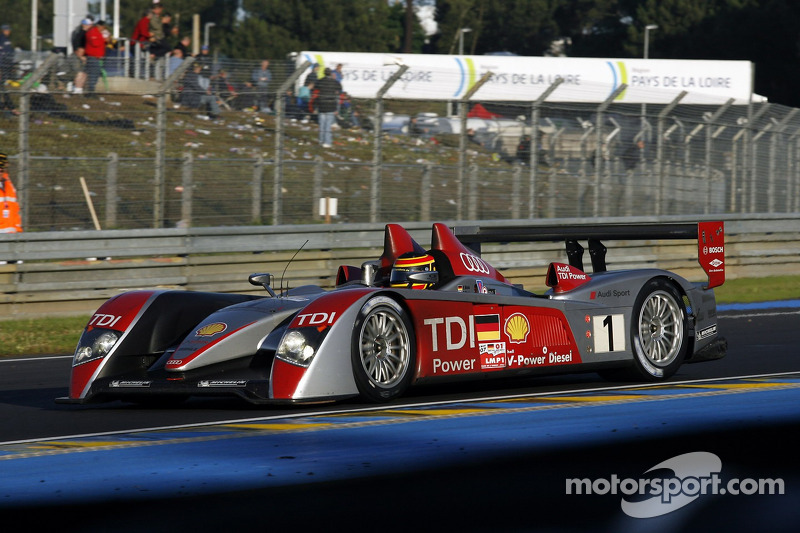 While Audi was supporting its customer outfits, Ullrich and his team, which included visionary engine specialist Ulrich Baretzky, were working on a plan to change the image of diesel-powered cars.

The sporting attraction of diesels barely existed before Audi arrived at Le Mans in 2006 with the new R10 turbodiesel. As in 2000 with the R8, the new design won on its debut at Sebring and then again in June at Le Mans.

The end of the decade saw several epic contests at Le Mans as the Audi vs Peugeot bouts cranked up. It was Audi’s first serious test from a rival manufacturer since 1999, and it held on to the Le Mans trophy in 2007 and 2008.

The latter race was a classic, as first Tom Kristensen and then Allan McNish ate into Peugeot’s lead, overtook it and then, in increasingly wet conditions, Kristensen was able to ward off a charging Nicolas Minassian and register the eighth of his nine La Sarthe crowns.

One of only three defeats for Audi at Le Mans came in 2009, when the new R15 was no match for the pace of the significantly developed Peugeot 908. It was the only time in the whole decade that a non-Audi or Audi-supported car had won, and it would be another seven years before Audi would feel the pain of defeat again.

With re-configured aerodynamics and a better balance with its Michelin tyres, the developed R15-plus scorched to a perfect 1-2-3 in 2010 after Peugeot’s disastrous engine issues accounted for all of its entries. 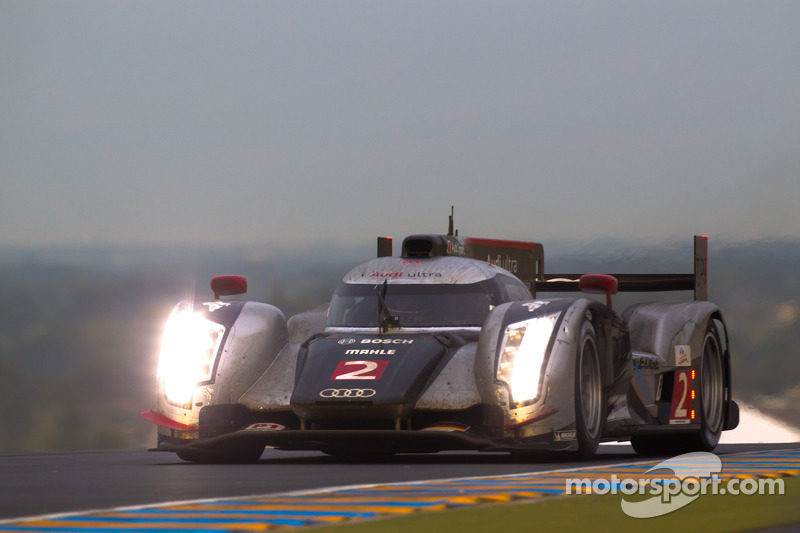 The first year for the closed-top R18, 2011, was one of the most dramatic Le Mans ever witnessed, after Audi was reduced to just one entry before half-distance due to monster crashes for both Allan McNish and Mike Rockenfeller.

The concern and then relief etched in to Dr Ullrich’s face as McNish emerged from his wreck showed the emotional pull of the competition to Audi and its talismanic leader.

Andre Lotterer, Benoit Treluyer and Marcel Fassler scored the first of their hat-trick of victories as the Peugeots circled in for the kill. All three of the new breed of Audi heroes, engineered by the combative Leena Gade, dug deep to win by 13 seconds, the fourth-closest winning margin in the race’s history.

The hybrid cars finished a glorious 1-2 to secure the 11th Audi win, and two more followed in 2013 and 2014, each time the German marque warding off the potent threat of Toyota.

A new golden period of endurance racing was being born, and Audi, as ever, didn’t rest on laurels. With Porsche joining the fray in 2014, Audi was already a double champion in the new-for-2012 FIA World Endurance Championship, and a new cauldron of competitive endurance action was being lapped up by record crowds at Le Mans.

After 13 wins in 15 attempts, in 2015, Audi relinquished its grip on the race to Porsche, which took a well-judged victory and then defended its crown this year, despite Audi arriving with the jaw-droppingly extreme latest iteration of the R18.

Having done away with the flywheel energy storage and employed a lithium-ion battery system, the team held high hopes for a return to the top step of the podium. It wasn’t enough, though, and despite a victory at Spa and encouraging pace at the six-hour races post-Le Mans, the decision was finally taken to bring down the curtain on a momentous journey. 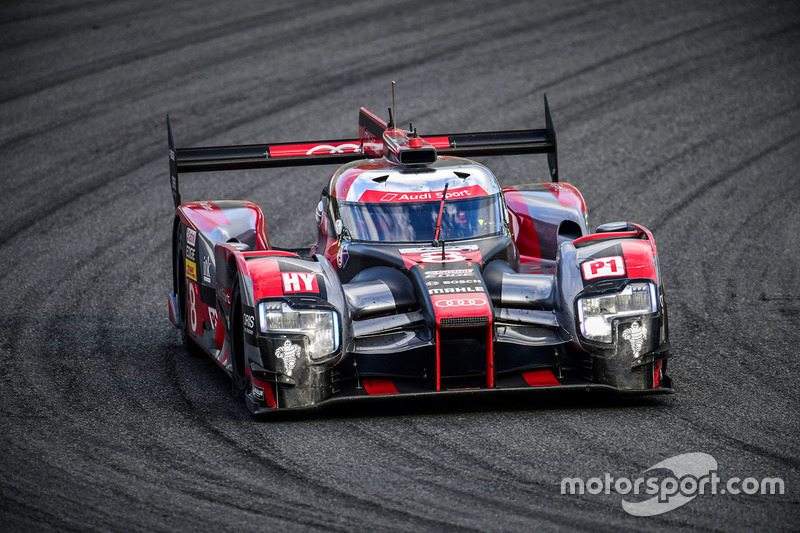 Vorsrpung durch Technik (progress through technology) was first coined as a corporate slogan by Audi in 1982. It was one of the more successful phrases ever used by an automotive company, and it is one which perfectly lyricises the colossal achievement of Audi in endurance racing for almost two decades.

Audi achieved so much more than just the 13 wins at Le Mans: 11 victories in the 12 Hours of Sebring victories, two FIA WEC crowns, seven ALMS titles and nine Petit Le Mans wins are also remarkable headline stats. There were more successes in the Le Mans Series and Intercontinental Le Mans Cup that filled out the trophy cabinets.

For Audi, the glorious voyage which encompassed so many successful technical and human missions, the competitive spirit, will be transferred to other areas of motorsport.

The heroes and heroines are too numerous to list, but what they brought to sportscar racing was not only brilliance and guile, but a sporting ethic that perfectly embraced the essence of endurance, and in its own way laid down a marker for an honourable spirit which is set to leave a legacy on the sport for decades to come.

WEC responds to Audi withdrawal: "Others will be arriving"