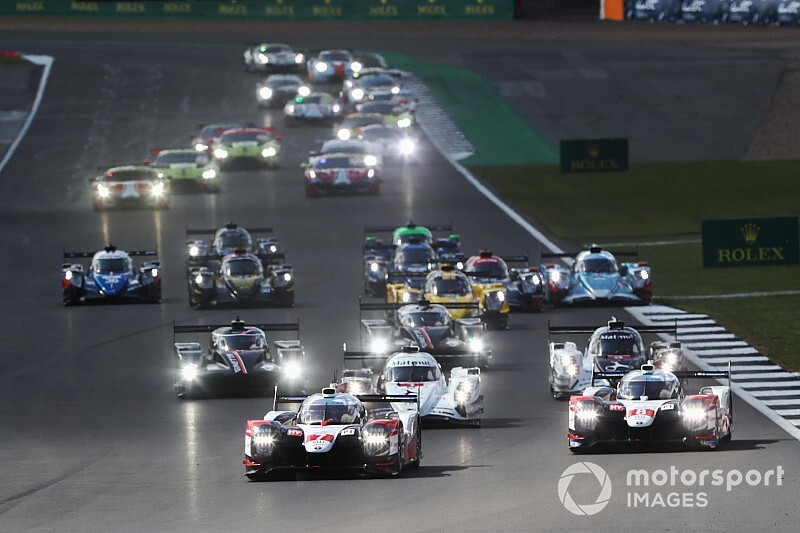 The FIA World Endurance Championship has issued an entry list for next month's Fuji 6 Hours featuring only 30 cars, with Rebellion Racing scaling back to a single LMP1.

As reported earlier this week by Motorsport.com, Rebellion has opted to park its second Gibson-powered R-13 until next April's Spa race, after making a last-minute decision to run it in last weekend's Silverstone curtain-raiser.

It means there are just five LMP1 cars entered for the Fuji round on October 6, with a solo Rebellion joining two Team LNT-run Ginetta G60-LT-P1s and a pair of Toyota TS050 Hybrids.

Ben Hanley and Egor Orudzhev are again listed in the #5 Ginetta, despite both having only had one-off deals for Silverstone, while there is a TBA in the line-up for the #6 car.

Chris Dyson was due to return from injury to take up his full-season drive alongside Guy Smith and Mike Simpson from Fuji onwards, having been replaced by Oliver Jarvis at Silverstone.

The LMP2, GTE Pro and GTE Am fields remain unchanged from last weekend's opening round, and will again feature eight, six and 11 cars respectively.

Jarvis was announced as Paul di Resta's replacement in the United Autosports LMP2 outfit for Fuji, with di Resta contesting the clashing Hockenheim DTM finale, but there is a TBA in the line-up next to Phil Hanson and Filipe Albuquerque.

Nyck de Vries meanwhile takes up his regular seat at Racing Team Nederland after missing the Silverstone opener due to a clash with the Spa Formula 2 round.

David Heinemeier Hansson is set to return to the Project 1 Porsche line-up in the GTE Am class after skipping Silverstone because his wife was due to give birth.

Thomas Preining is the only driver listed in the #88 Dempsey-Proton Porsche; at Silverstone he was partnered by Gianluca Girauldi and Ricardo Sanchez.