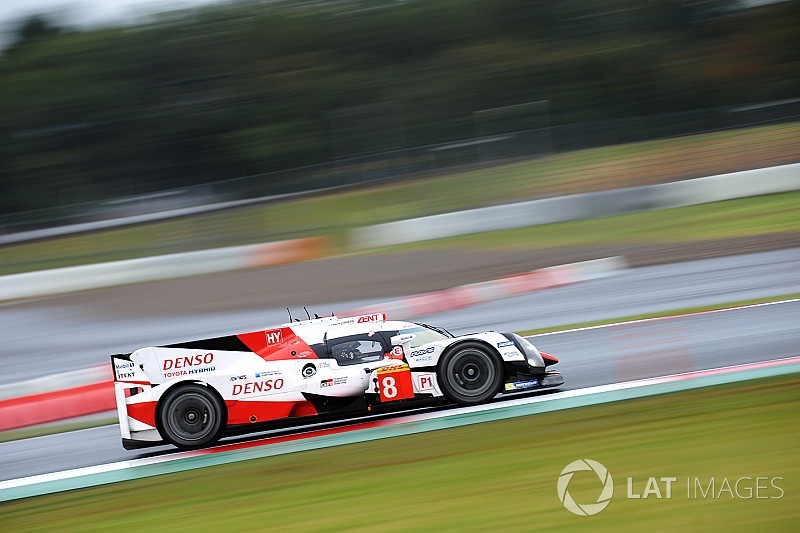 Toyota set the pace in the final session of free practice for this weekend's Fuji round of the FIA World Endurance Championship.

Sebastien Buemi posted the fastest time of 1m35.414s aboard the #8 Toyota TS050 Hybrid right at the start of a one-hour session, again held in wet conditions.

The time represented the fastest lap of the weekend so far, eclipsing Friday's best from Porsche driver Andre Lotterer by just over one tenth of a second.

Lotterer was third-fastest, a further tenth behind, in the second Porsche, while Mike Conway was sixth tenths back in fourth after a late improvement in the #7 Toyota.

The Jackie Chan DC Racing squad led the way in LMP2 with a last-minute lap from Alex Brundle in the #37 Oreca-Gibson 07.

Richard Lietz ended up fastest on a 1m47.724s, six tenths ahead of the sister car with Frederic Makowiecki at the wheel.

The Porsches bettered the early class best set by Harry Tincknell in the #67 Ganassi Ford GT.

Qualifying for the seventh round of the WEC season has been brought forward by half an hour to 2pm local time in expectation of heavier rain in the afternoon.