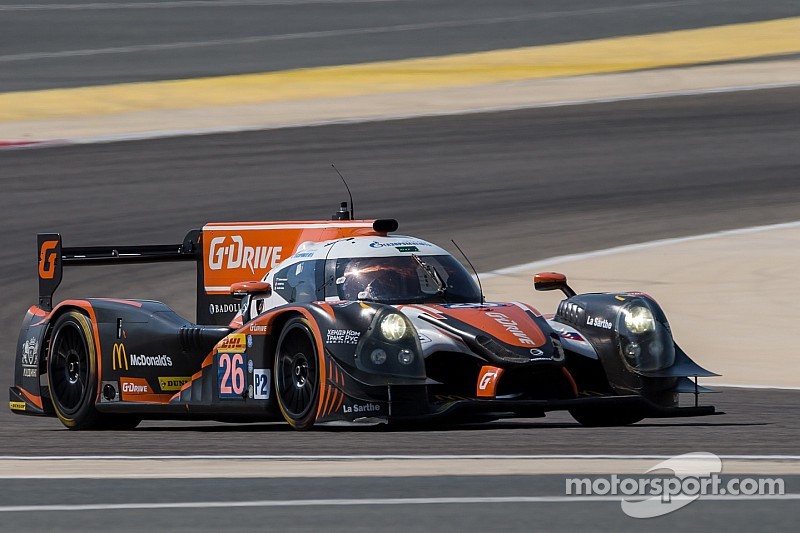 Eight-point lead not enough to guarantee Ligier-Nissan the trophy.

After racking up six pole positions and four victories this season G-Drive Racing arrives in Sao Paolo leading the FIA LM P2 Endurance Trophy. While it may appear to be in a comfortable position its eight-point lead isn’t enough to guarantee the team the LM P2 world title.

Olivier Pla, Roman Rusinov and Julien Canal at the wheel of the no. 26 Ligier JS P2-Nissan shod with Dunlop tyres have to have a perfect 10 weekend to clinch the championship crown. The whole team will stack the odds in their favour to ensure victory, and will attempt to do it in style by scoring their fifth win of the year.

Since the start of 2014 G-Drive Racing has clearly shown its intentions by winning the first two races at Silverstone and Spa with the Onroak Automotive Morgan LM P2. Lady Luck didn’t smile on the team in the third round, the Le Mans 24 Hours, where they lost precious points and the provisional lead in the overall LM P2 classification.

In September after the summer break G-Drive Racing was back among the front-runners with a new car: the Ligier JS P2. After being fine-tuned in the Austin round of the WEC the closed Onroak Automotive sports prototype scored two wins on the bounce at Fuji and in Shanghai.

Despite a tough race in Bahrain the team has retaken the lead in the FIA LM P2 Teams’ Endurance Trophy with eight points in hand over SMP Racing.

The success and the competitiveness of the association between G-Drive Racing and the Onroak Automotive LM P2 chassis powered by Nissan and equipped with Dunlop tyres have been proved with six pole positions out of seven in the qualifying sessions held so far.

Boosted by these successes the team arrives in Brazil to tackle the last round of the season as championship leader. However, there’s no letup in concentration to ensure that the weekend’s result crowns all the work carried out during the year by winning the much sought-after title.

Victory or second place is enough to ensure that G-Drive Racing and the Pla-Rusinov-Canal trio clinch victory in the FIA Teams’ and Drivers’ LM P2 Endurance Trophy. Should the no. 26 Ligier JS P2-Nissan cross the line in third or fourth place it will still wrap up the titles, provided the no. 27 SMP Racing Oreca 03R-Nissan doesn’t win the race.

Olivier Pla: “Our Ligier J2 P2 should be very much at home on the Interlagos circuit as it has a few quick corners, but above all several slow ones. After a pretty hectic race in Bahrain we took first place in the LM P2 classification and we’re coming to Sao Paulo as leader. It’s obviously the most comfortable position to be in, but as we saw in the last round anything can happen until the flag falls. We have to stay concentrated right till the end to have a fault-free race and win the LM P2 title!”

Roman Rusinov: “It will be the most difficult race for all three LM P2 teams as it will be the world title decider. Whatever happens in Brazil we know that we are the best LM P2 team in the FIA WEC. We’ve lived an incredible human experience and I’m happy to be a part of the G-Drive Racing squad with Olivier (Pla), Julien (Canal), Philippe (Dumas) and Jacques (Nicolet). We are in maximum attack mode! We’ll push as hard as we can to obtain another win in Brazil as we deserve it.”

Julien Canal: “I’m more motivated than ever for the last race, and I’m delighted to be back at a circuit I like very much on which I’ve already raced twice in GT. After the difficulties we ran into in Bahrain where the team had to do a lot of hard work, we want to get back in the winner’s circle this weekend. I’m continuing to train hard physically and we’ll stack all the odds in our favour to win the world title.”

Philippe Dumas, Team Principal: “We’re very concentrated and we can’t wait to be in Sao Paulo to race in the WEC final. The aim which we set ourselves at the start of the season – winning the championship – remains the same. And I hope we’ll do it in style by scoring our fifth victory in the eight races in which we’ve taken part!”