Luca Ghiotto says he expects to call time on his single-seater career to focus on sportscar racing next season after making his first FIA World Endurance Championship start at Fuji.

The Formula 2 has revealed that he believes his future is in sportscars after making his race debut in the discipline with the Team LNT Ginetta squad in Japan last weekend.

"After four years in F2 [including one when it was called GP2], I would need to find a very good opportunity, otherwise it is time to look at something different," Ghiotto, 24, told Motorsport.com.

"That's why I am here in Fuji, because I like the championship, but I'm looking at all categories with a roof. That includes the DTM, but I know it will be quite tough to get in there, but Super GT here in Japan, why not?"

Ghiotto, who has one F2 round left at Abu Dhabi this season, clarified his comments by ruling out interest in other touring cars categories such as TCR, but stressed that the GT3 arena was on his list of targets for 2020.

The Italian also didn't rule out undertaking more than one programme next year.

"I'm not closing the door on anything in sportscars," he said. "I want to be a proper professional driver; I want to make money from my racing."

"There are no big clashes between the championships I am looking at, so that [doing multiple series] is one idea for sure."

A return to Team LNT for Ghiotto is on the cards for next month's Shanghai WEC round. He explained that he was working with the team on a race-by-race basis, saying that he expected to do at least one more race and "possibly two" this season.

Ghiotto was given a try-out in one of the Ginetta G60-LT-P1s at the pre-season Prologue test in Barcelona in July and set the best time for the British marque.

The #5 car he shared with Ben Hanley and Egor Orudzhev at Fuji was running fourth when a front-left brake disc exploded during Hanley's stint, resulting in a long trip to the garage. After a further electrical shutdown the trio came home 11th overall.

Reflecting on the race, Ghiotto said: 'I think it was a pretty good race until the point where we had the front-left brake failure.

"We were in a good place to fight Rebellion because we lost some time in the beginning because I think there was a problem with the [tyre] pressures on the Egor used to start the race. Me and Ben recovered well.

"It was looking good but these things happen. I think the pace was good, also considering we had 36kg of ballast [compared to the sister #6 Ginetta, which was unpenalised in Fuji], which the Rebellion didn’t have, so it was good overall." 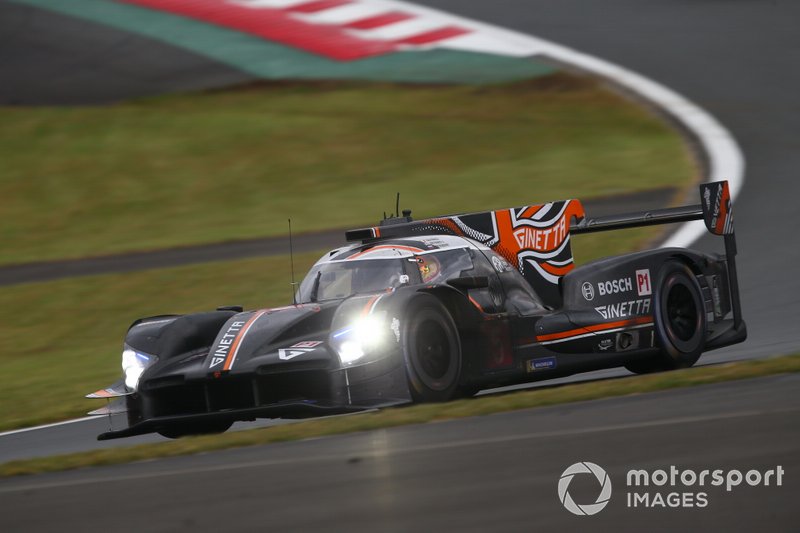