Ginetta believes it can begin to challenge in the FIA World Endurance Championship at Fuji next month after an encouraging display in last weekend's Silverstone season opener.

Team LNT boss Lawrence Tomlinson told Motorsport.com that "we have the pace, we just need to get organised" in the wake of a fourth-place finish for the #5 Ginetta G60-LT-P1 shared by Ben Hanley, Egor Orudzhev and Charlie Robertson in Sunday's four-hour race.

The trio finished five laps off the winning Toyota and four laps down on the best of the privateer LMP1s, the #3 Rebellion R-13, gaining a place late on when the sister #1 Rebellion dropped down the order with a power steering problem.

Tomlinson's claim came after a double stint at the end of the race from Ben Hanley in the #5 Ginetta during which he set times that were on a par with the best laps from rival privateer squad Rebellion over the course of the race.

"I think we surprised a few people with our pace over those last two stints," said Hanley. "It was definitely a confidence boost and shows what we can achieve with this car given a bit more time — there's more performance to unlock."

Hanley, whose deal to race for Ginetta only covered the Silverstone season opener, said that he was motivated to put in a strong performance after beaching the car in the gravel at Luffield on his out lap after taking over from Orudzhev.

"The off was a bit down to tyre temperatures and a bit down to myself jumping between two cars," explained Hanley, who contested the European Le Mans Series race on Saturday in DragonSpeed's LMP2 Oreca. "It was my mistake though, so I tried to make up for it after that."

Hanley's 10-lap average for the race was 1m39.699s, which compared with Loic Duval's 1m39.471s best for a privateer in the third-placed Rebellion.

The next best Rebellion drivers, Bruno Senna and Pipo Derani, were respectively only sixth and four hundredths faster than Hanley when their best 10 laps were averaged. 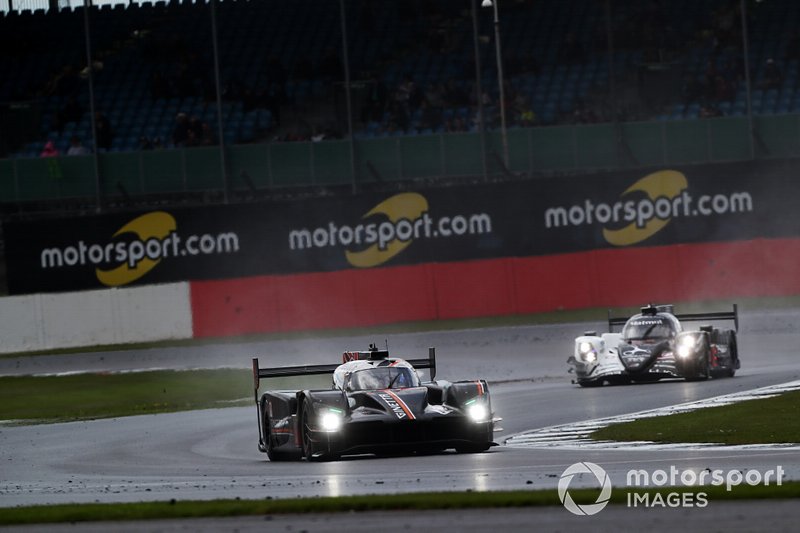 SMP Racing driver Orudzhev, who like Hanley was only confirmed in the #5 Ginetta for Silverstone, said he was encouraged to suffer no reliability drama in the race after gear selection gremlins in practice limited his pre-race running to seven flying laps.

"The main thing was the car was quite reliable," he told Motorsport.com. "We need to optimise the pace, I think, and how the team operates, because we lose a lot in that point of view.

"The car itself wasn’t too bad for me. I took a bit of margin, because I knew we already laps down so no point in risking it, then Ben jumped in and showed blistering pace in that car.

"There are a lot of points to improve I think, mainly downforce, we can still improve that hopefully we can do something before Fuji. I don’t know if I’ll be there but I’m sure there will be quite a lot of progress in the car and the results as well."

Jarvis, who shared the #6 car with Guy Smith and Mike Simpson at Silverstone, was nonetheless encouraged by the pace of the G60-LT-P1.

"There were times we could match [Rebellion], but you need to be able to do that for four hours, on track and in the pitlane," said Jarvis. "Lots of positives but also lots of work to do.

"I think they’re only going to get more competitive. If you look at pure laptimes at certain points in the race, especially in the wet, the car was fantastic. It's one of the best cars I've ever driven in the wet. I think it’s capable of achieving some strong results this year."

Tomlinson's use of the word 'organised' is a reference to the fact that Silverstone was the works Team LNT's squad first race at international level for more than 10 years.

"We are very confident of the potential in the car and always have been. Operationally we have a way to go, but that's just going to be time and maybe a bit more manpower."

Smith pointed out that the majority of the crew on the two Ginetta LMP1 cars had been brought in from the British constructor's factory.

"Some of the people have never gone racing at this level; the majority of the team are usually building up our other race cars or working on engines," he explained.

"To come in and do what they have done is quite impressive, but it is going to take time to gel."

The system of success handicaps introduced for the LMP1 class this season, designed to bring Ginetta and Rebellion closer to the Toyota TS050 Hybrids, will kick in for Fuji. 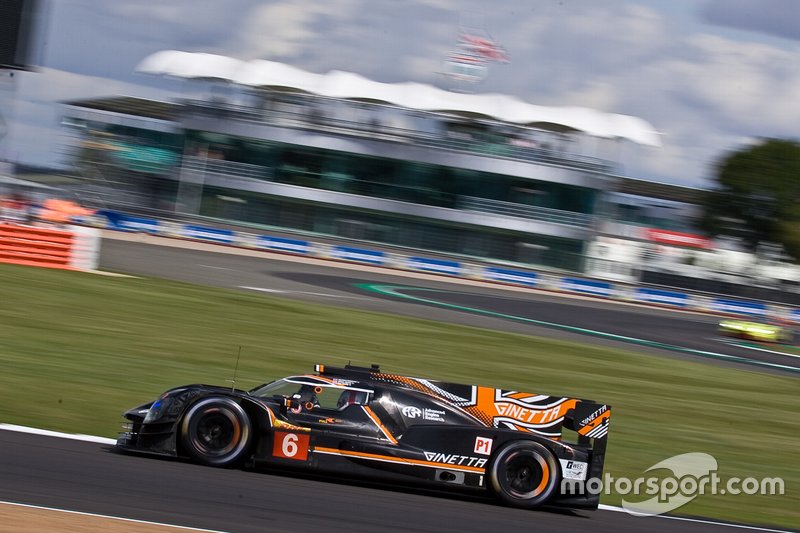