Greaves Motorsport announce driver line up for 6 Hours of Bahrain

GT Academy graduate, Wolfgang Reip and single-single racer Jon Lancaster will make their debut in the WEC with Greaves Motorsport.

Greaves Motorsport is pleased to announce their driver line up for the 6 Hours of Bahrain, the eighth and final round of the 2013 FIA World Endurance Championship. In an affirmation of the strong partnership between Nissan and the team, GT Academy graduate, Wolfgang Reip, will make his LM P2 and FIA WEC debut in Bahrain driving the team’s Nissan powered Zytek prototype. The 24 year old Belgian will follow in the footsteps of previous GT Academy graduates Lucas Ordonez, Jann Mardenborough and Mark Schulzhitskiy in racing with the team. 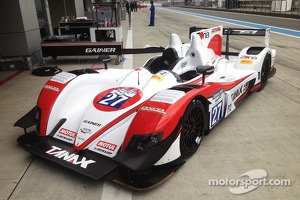 “My first laps in an LM P2 car will be during Free Practice One in Bahrain,” said Reip. “I have trained in the Nismo Simulator to get a feel for the track so already I have a good grasp of the speed into the corners and the braking points. I have also upped my game in the gym as LM P2 is tougher on the body than GT3 and it will, of course, be hot in Bahrain. It looks like a good track; it has three pretty big straights, a lot of slow corners and three fast ones so it will be a good challenge for me.”

The second new face in the cockpit is that of single-seat ace, Jon Lancaster, who is making his debut in the FIA World Endurance Championship. The British driver, also 24 years old, is a winner at every level of motorsport, including victories in GP2, Auto GP and Formula Renault 3.5.

Jon had this to say earlier today. “Well I am overjoyed to get this opportunity, I did a few laps with the team back in 2011 and I took a liking to the Zytek Nissan straight away. It will be a new challenge for me in my first endurance race and sharing a car with two other drivers will be a new experience. I am really looking forward to working with Greaves Motorsport, who have a great record in LM P2 and hopefully impressing them and Nissan to open up a relationship for the future.”

The final seat will be taken by Sweden’s Björn Wirdheim who has quickly established himself with the team in his three races this season.

Team Manager, Jacob Greaves: “The whole team is very pleased to have Wolfgang driving for us in Bahrain. We have seen from the performances of Lucas and Jann in the past, and Mark a few weeks ago in China, that the GT Academy graduates are the real deal. We tested Jon a while back and has been on our radar ever since then. We are sure that both of our new boys will quickly come to grips with the challenge of LM P2 and the FIA World Endurance Championship. It also great to welcome back Björn, who will bring his speed and experience to anchor the trio. We have a very strong line up in the driving seat and we are aiming right for the top in Bahrain.”