Greaves Motorsport announced today their plan to run two cars in the 2013 FIA World Endurance Championship. Building on the success of the 2012 campaign, the team will run both their cars in the recently confirmed World Championship. In addition to this undertaking the team also plan to run at least one car in the Sebring 12 Hours and in selected rounds of the revitalised European Le Mans Series. 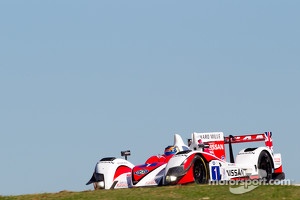 Greaves Motorsport has enjoyed a successful 2012 season, finishing a competitive third in the European Le Mans Series and also taking third places in the FIA WEC at Le Mans and Spa. The team has also gained a reputation for getting their car to the Chequered Flag having finished in all their races in 2011 and 2012.

The team’s plans for 2013 are underpinned by their moving into a new, state of the art 15,000 square foot facility near Peterborough, which will formally open in December. They will share this base with Greaves 3D Engineering, the recently launched precision engineering company.

Team Manager, Jacob Greaves. “Greaves Motorsport is looking to build on their performances over the past two years and consolidate their position as one of the leading privateer teams in endurance racing. Our car remains extremely reliable and fast, but there is always room for improvement. We will be working hard during the winter to improve the overall performance of the package, while maintaining the renowned driveability of the Zytek chassis and Nissan engines.

"We have had a very good season in the FIA WEC, of course it could have been better. It is difficult to get the optimal set up for all three drivers but as we have shown the overall package still has good pace. The level of competition in the LM P2 class is now the most intense in the field, and the introduction of so many top line professional drivers into the category has accelerated that trend.

"To compete against entries with two professionals, while only having one in our car, requires that a perfect race is run with the best strategy. It is very tough but we have proved that the results can be achieved. The 2013 FIA WEC schedule offers us an opportunity to achieve the aim of victory and we are looking forward to claiming the top step of the podium once again.”

REBELLION Racing closes 2012 season in Shanghai with their sixth win