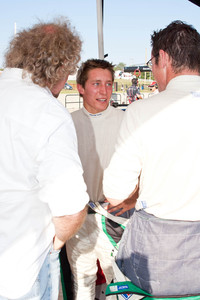 It’s a real pleasure to continue racing with Christian Zugel for a third year.