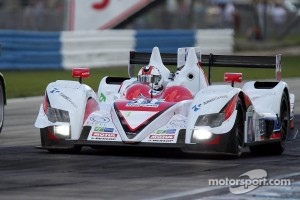 After one of the toughest races on record at the classic Floridian track, Christian Zugel, Ricardo Gonzalez and Elton Julian took a strong fourth place in the 12 Hours of Sebring driving the Greaves Motorsport Nissan powered Zytek Z11SN. Starting from third place on the grid Elton Julian spent the first two sessions challenging for the lead with the eventual winners. A couple of penalties for speeding in the pitlane resulted in the loss of two laps, and such is the quality and speed of the LM P2 class in the 2012 FIA WEC, it proved impossible to recover the lost time and this gap was the difference to the victors when the flag fell after 12 Hours. The team covered 316 laps of the 3.74 miles circuit, a total of 1,182 miles, an average speed of 98.47 mph.

Reflecting on a hard day spent racing, Christian Zugel, commented, “I had an awesome race, I really enjoyed myself, even though I had a small strain in my neck on my second stint. This was probably as a result of a combination of the downforce of the car and the really bumpy track. I must thank the team, they have have spent many, many hours building and preparing the car in a such a short space of time. It is a tribute to the quality of the work that the car ran faultlessly and I think that fourth place at a tough race like the 12 Hours of Sebring is something we can be proud of. I am looking forward to the next race at Spa, with this car it should be great.”

Team mate Ricardo Gonzalez was also satisfied with the result. “Sebring was a very hard race as usual, we did expect that but it does not make it any easier. The team gave us a really good car that ran flawlessly all week long. They worked really hard and got very little sleep along the way. All of the drivers really appreciate this effort, so we wish we had finished on the podium as a thank you. I guess at Spa we will have to push even harder to give something back to the crew, I am happy with the car, the team and the new FIA WEC, it was a good decision for me to join this Championship.”

Elton Julian reflected “I am happy with the pace of the car and I think in the opening stint we proved that we can be competitive with anyone in this strong field. The team did a great job all week and calmly got things in order for the race.... I think they have done this before! With the benefit of a test programme before our next race, we should be even better as a driving group and continue to get to know and understand each other and the car. I think that we should be competitive at Spa and also for the rest of the season.”

Team Manager, Jacob Greaves summed up the feelings after the race, “Fourth place was a great result, especially considering the amount of work that we had to put in to get the car built and prepared in time for the race. We know that we can improve and refine all aspects of our performance, the combination of Nissan engines, Zytek chassis and Dunlop Tyres is one that gives us optimism for the rest of the season.”