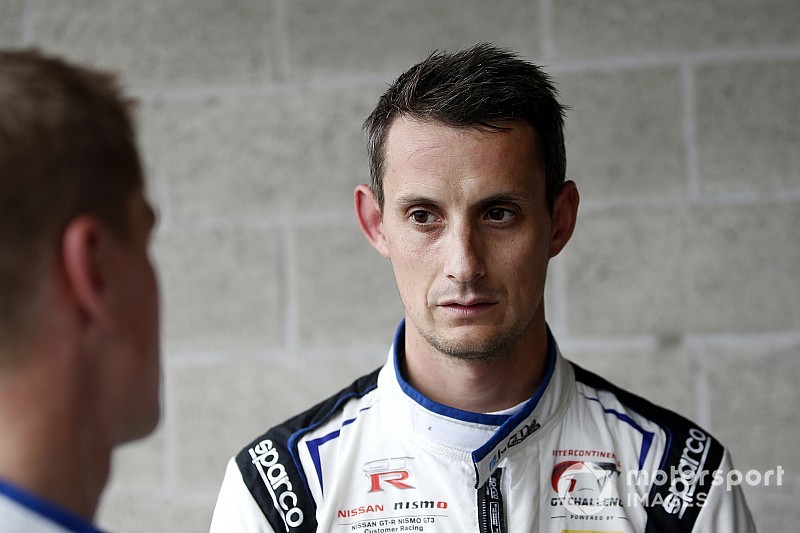 Ex-Audi LMP1 driver Oliver Jarvis has been drafted into Ginetta's line-up for the opening round of the 2019/20 FIA World Endurance Championship season at Silverstone.

Jarvis replaces Chris Dyson in the #6 Team LNT-entered G60-LT-P1 for this weekend's opener alongside Guy Smith and Mike Simpson, forming an all-British line-up.

It comes after Dyson injured his wrist in a Trans-Am event at Road America last weekend.

“I had a pretty big hit after losing the brakes and whilst the injury isn’t too bad it simply would not be sensible to put myself into an LMP1 car where I have to do some very heavy lifting," said the American driver.

"I’m upset to be missing the season opener but looking forward to joining the team in Japan for round two [at Fuji].”

Silverstone will mark Jarvis's first LMP1 outing since the conclusion of Audi's WEC programme at the end of the 2016 season in Bahrain.

The Mazda IMSA regular commented: “I was surprised to get the call from Lawrence [Tomlinson, team owner] this morning, and whilst it’s never good to have to step in in such circumstances I am really looking forward to being behind the wheel of an LMP1 car.

“To be doing so on home ground with an all-British line-up and an all-British car is the icing on the cake. I look forward to doing what I can to give Ginetta a good result.”

As well as this weekend's Silverstone round, Jarvis will contest the second round of the 2019/20 WEC campaign at Fuji with the United Autosports LMP2 team, in place of Paul di Resta.

The sister #5 Ginetta will be driven at Silverstone by Ben Hanley, Egor Orudzhev and Charlie Robertson.

Davidson: Slowing LMP2s would be 'no bad thing'

WEC to require two amateurs in LMP2 line-ups in 2021

WEC to require two amateurs in LMP2 line-ups in 2021