© 2021 Motorsport Network. All rights reserved.
TV Tickets Fashion Giorgio Piola Jobs
Previous / Toyota sets the pace in Friday’s practice at Sao Paulo Next / Lotus was in action at the first day at the 6 Hours of Sao Paulo
WEC Practice report 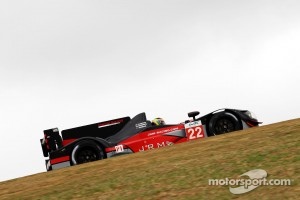 13 September 2012 – JRM Racing finished the first day of practice for the Six Hours of Sao Paulo as the fastest petrol car and the highest classified privateer team. The #22 HPD-ARX 03a driven by David Brabham, Karun Chandhok and Peter Dumbreck recorded a time of 1:24.265, putting it fourth overall and just 0.3secs from the #1 Audi of Fassler, Lotterer and Treluyer. Over the two 90 minute sessions the crew completed 77 laps running through a programme of tyre evaluation, set up and circuit familiarization. Peter, who last raced at Interlagos two years ago in GT1, set the quickest time of the day in the second 90-minute practice session.

Peter opened the running for the #22 in FP1, completing 12 laps with a best time of 1:26.440. This was to be the team's quickest time of the morning as the rain arrived shortly after. David took over for another 14 laps – his first outing at Interlagos since competing in 1994 Brazilian Grand Prix with Simtek. Karun completed the session with a 13 lap run, taking the team’s total lap count over the practice to 40.

Karun then opened FP2 with 12 laps before David took over for a further 15 laps. Peter then brought running to a close, setting the team’s fastest time of the day in the dying minutes of the session.

David Brabham: After a long time away it was good to come back to Interlagos and drive the circuit again. It’s genuinely a very cool track. Balance wise we are getting there and we made some good improvements throughout both sessions. I think we can be somewhat pleased with what we have achieved today. There are still some key areas we are working on, but with the information we gathered we have plenty to build on for tomorrow.

Karun Chandhok: Today was about learning the circuit as I have never driven here before. It started drizzling at the start of the second session when I was out, but it was useful to get some data in all types of conditions. We concentrated more on race preparation and we got plenty of information and ideas to study overnight. The traffic doesn’t seem as bad as I thought. With fewer cars it isn’t so bad, except in the very narrow mid sector. We didn’t set out to get a quick time and we know that the other teams are going to come back strong tomorrow, but for now I’d say it’s been a good day.

Peter Dumbreck: We spent a lot of time on old tyres to test the tyre durability but at the end of the day I got a run on low fuel and new tyres, which was a big step forward. I was quite happy with the car today. Things can still be improved but we could do some reasonable laps. We shouldn’t count on anything for tomorrow as there is still work to do and we know that Strakka and Rebellion will come back stronger, but it was a solid day that sets us up well for the weekend.

Nigel Stepney, team manager and chief engineer: Today we concentrated more on preparation for the race; getting information on the tyre behaviour over longer distances and fine-tuning the set up. It was also about getting the drivers up to speed; Karun has never been here before and David hasn’t driven the track in several years. It was a productive day overall – we got a lot of very valuable information. While it’s great to see our name up there as the best of the petrol and privateer cars we know that the competition won’t sleep so we will keep focused for tomorrow.

NASCAR Roundtable: Looking ahead in the playoffs and Silly Season 2018