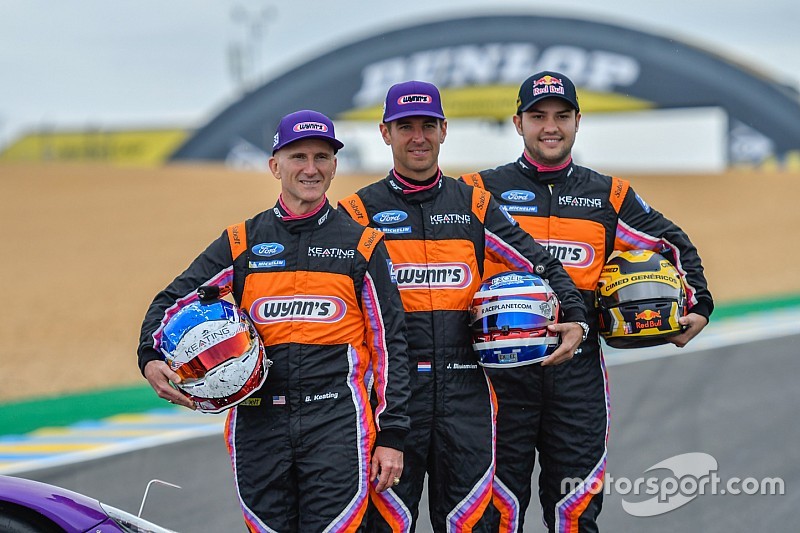 Ben Keating, Jeroen Bleekemolen and Felipe Fraga will team up for a full season in the FIA World Endurance Championship with the Project 1 Porsche team.

Last June, Keating, Bleekemolen and Fraga won the GTE Am class of the Le Mans 24 Hours in a Keating-owned Ford GT, only to be disqualified the next day due to a fuel tank irregularity.

The trio lost the win to the Project 1 Porsche 911 RSR of world champions Jorg Bergmeister, Patrick Lindsey and Egidio Perfetti, the line-up they are now replacing for the 2019/20 season.

"Ben raced in IMSA for eight years, so he wanted to do something else and race outside the US," Bleekemolen told Motorsport.com.

"A couple of weeks ago he was approached by Project 1 for WEC, because they saw his speed at Le Mans and they thought we would be a good line-up to challenge for the GTE Am title.

"Ben is one of the fastest bronze drivers and Felipe is one of the best silvers. It's unique to fight for an FIA world championship, because there aren't that many."

A late bid to enter Keating's Ford GT for the full 2019/20 season failed because it was lodged after the May 21 deadline.

Bleekemolen reveals Ford was interested in supporting the entry after puling the plug on its factory programme, but when the deadline passed Keating had to look for alternatives.

"You had to register before May 21 for the full season, otherwise they couldn't guarantee a spot on the grid," the experienced Dutchman explained.

"Ford was interested in supporting us, but when we heard we couldn't get a guaranteed spot, including Le Mans, that was just too risky. Then this opportunity came up and it's a great one."

Keating, Bleekemolen and Fraga will pilot the #57 Porsche 911 RSR, while Egidio Perfetti will move to the sister #56 machine alongside Matteo Cairoli and David Heinemeier Hansson. Bergmeister and Lindsey will not return to defend their GTE Am world title.

The team is "planning one or two test days ahead of the first race" to get used to the Porsche ahead of the 2019/20 WEC season opener, which is held on September 1 at Silverstone.

With Keating not returning to the IMSA WeatherTech SportsCar Championship for a full season in 2020, Bleekemolen is looking for alternatives for next year.

"Daytona is an option and the rest of the IMSA season doesn't clash with WEC," he added. "The past 10 years IMSA has been my main programme. It's a great championship with fantastic circuits, so I will definitely look for a programme."

Jarvis to fill in for di Resta at Fuji WEC round