Robert Kubica will not race in the FIA World Endurance Championship for LMP1 privateer outfit ByKolles this year, the Polish driver has announced.

Kubica had been due to contest the WEC campaign for the ByKolles squad and appeared – albeit didn't drive – in the pre-season Prologue test for the team.

Following the test, he announced on social media that he would not be present in the Silverstone season opener, or in the other races of the WEC schedule.

"After the Prologue, I have decided to interrupt my racing program with the ByKolles team in LMP1," Kubica said in the statement.

"Therefore, I will not take part in the upcoming WEC Silverstone opening round and in the other WEC races.

"It has been a hard decision to step down and so lose the opportunity to join such a challenging and competitive championship, but I hope this will not be a definitive goodbye."

Kubica's place at ByKolles is set to be taken by Dominik Kraihamer for Silverstone, who is to line up alongside Oliver Webb and James Rossiter in the Nissan-powered ENSO CLM P1/01.

Kraihamer, who competed in WEC for Rebellion Racing last year, had been due to drive on the second day of the Monza Prologue test.

The ENSO CLM P1/01 missed the first two sessions of the Prologue on Saturday as it was still in the process of being built, and only completed six laps on Saturday evening – with Webb driving – before further problems forced the team to abandon the test prematurely.

ByKolles is the sole non-manufacturer LMP1 car entered for this year’s WEC season, which commences at Silverstone this weekend with a total of 27 cars on the grid. 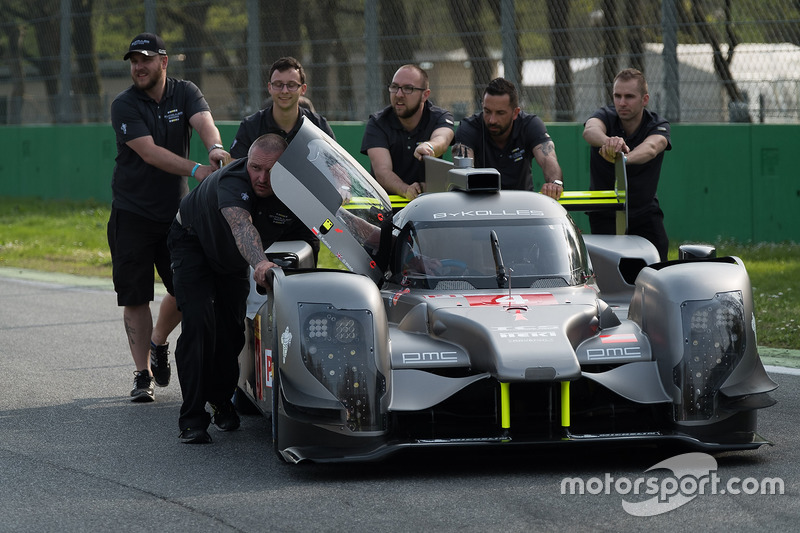 Porsche to run in low-downforce trim at Silverstone