In what has been a difficult year for Lola, Martin Birrane who remains the Chairman of Lola Group Holdings paid tribute to all of the Lola LMP teams that competed in the FIA World Endurance Championship, the American Le Mans Series and the European Le Mans Series, saying: “Despite all of the difficulties this year the facts remain that the Lola LMP range of products once again scored excellent class victories and title successes in 2012.

“I am delighted that the substantial investment made over the years, including the development of the LMP1 and LMP2 for 2012, has reaped significant rewards for Lola customers. Rebellion Racing is the 2012 FIA WEC privateer champion and consistently set the benchmark this year, including the exceptional and emotional 4th place at Le Mans, as well as a sensational overall win at Petit Le Mans. My warm congratulations go to Bart Hayden, Alex Pesci and the entire Rebellion Racing team on this enormously successful season. 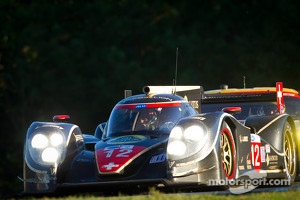 “Devoted Lola customers Dyson Racing scored three maximum points scores in the ALMS during 2012, including class victory at the Sebring 12 Hours. Chris and Rob Dyson run one of the most respected racing teams in the US and they are always competitive,” continued Birrane. “New teams like Status GP and the Lotus branded Kodewa team had some success and showed much promise in their debut seasons. There is much to look forward too for Lola sports cars in the coming years.” 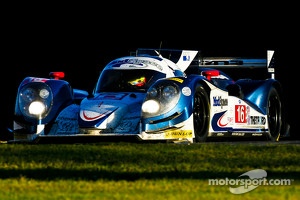 The 2012 season came to an end on Sunday at the Shanghai 6 Hours race, the final event of the inaugural FIA World Endurance Series. Rebellion Racing again took privateer honours for Lola with the #13 entry of Andrea Belicchi, Harold Primat and Congfu Cheng taking the silverware.

The updating of the 2012 Lola LMP models began in the autumn of 2011 with extensive aerodynamic and vehicle dynamic studies. The Lola technical centre, still under the management of Lola Group Holdings continues to attract commercial business under the engineering direction of Chris Saunders.

Lola Group Holdings will shortly be announcing plans for the continuation of the Lola brand in International sports car racing in 2013.

ORECA 03 teams finish season on a high note in Shanghai