Along with Bruno Senna and Neel Jani, Lotterer finished a distant fifth in a snow-hit race that featured no fewer than four safety cars, three laps behind the winning #8 Toyota TS050 Hybrid.

It came on a rare occasion that two privateer LMP1s made it to the podium on merit after the #7 Toyota lost four laps with a sensor failure and ended up finishing down in sixth, behind both Rebellion R-13s and SMP Racing's pair of BR Engineering BR1s.

The #1 crew was delayed by an early spin for Lotterer and another behind the safety car for Senna, as well as a slow puncture, but a bigger issue was that it had no working radio for much of the race, making it impossible to react quickly enough to the constantly-changing conditions.

"Everything that could go wrong, did go wrong," Lotterer told Motorsport.com. "To be honest I couldn’t keep up with what was going on, I just drove. Not much to look for today.

"I think timing-wise everything was just terrible today with so many things going wrong, and with the safety car twice we lost a lap. That was not helpful.

"Everything was pretty bad, so hopefully we got all the s*** here and not at Le Mans!"

On how the Rebellion R-13 behaved in the tricky conditions, Lotterer added: "It was ok. Here we put our high-downforce package back so that was quite helpful in those conditions. We lost a lot in traffic but in a clear lap we were quite good.

"Still searching for better performance, better ride, a more comfortable car to drive compared with what I was used to. Hopefully we can make another step at Le Mans. I think also our [low-downforce] aero kit will come alive, which was not the case here."

The Spa race marked Toyota's first real reliability gremlin of the whole 2018/19 superseason, as the Japanese manufacturer had previously locked out the top two positions in every race bar Silverstone, where both its cars were excluded.

Asked if this gave him any hope for Le Mans, Lotterer said he would simply be content with managing to have a clean race with Rebellion to close out a problem-filled campaign.

"[Toyota] are not under pressure, they can focus on maximum reliability, but who knows?" said the German. "I’m not dreaming of anything, but let’s hope we can have a clean race.

"It’s a big task also to maximise our potential. We haven’t been able to have a clean, perfect [run] in any race this season. If we can manage that, that would already be good."

Spa (2018): Disqualified from third place for a floor infringement

Silverstone: Faulty tail-light causes late stop, dropping the #1 car behind the #3 (which inherited victory when both Toyotas were disqualified)

Sebring: Skipped the race entirely due to clashing Formula E commitment - #1 car failed to finish due to gearshift problems 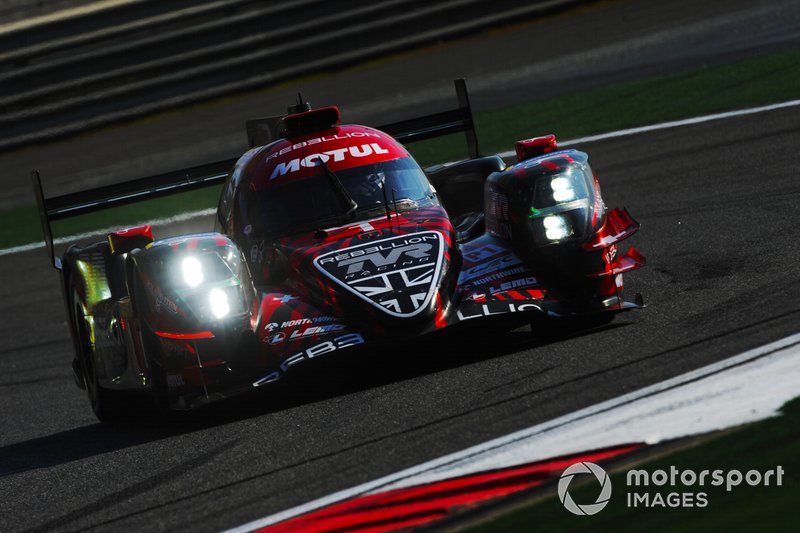