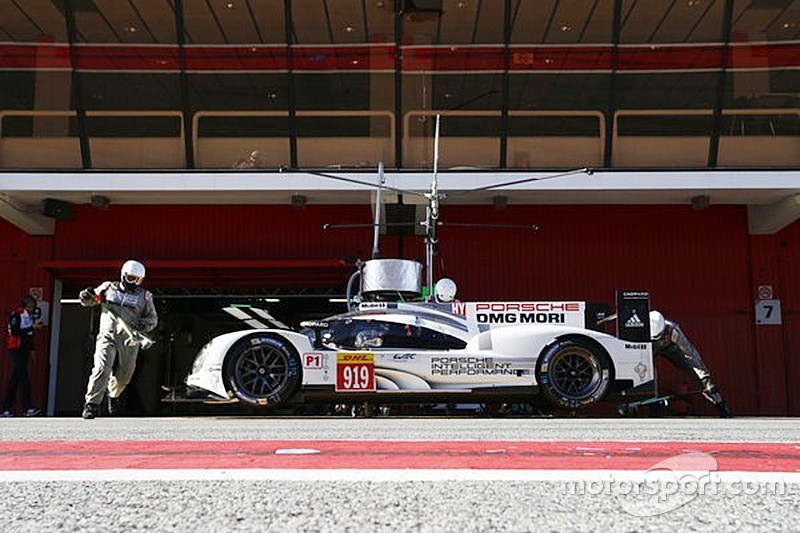 Former McLaren F1 driver Kevin Magnussen sampled his first taste of LMP1 power with Porsche at Barcelona on Tuesday and was impressed with the experience.

The 23-year-old, who was let go by McLaren last month, is testing a Porsche 919 Hybrid at the Spanish Grand Prix venue along with Oliver Turvey and Mitch Evans.

"It was really good. It is the first race car I drive for about six or seven months and it's an amazing car with amazing power," Magnussen said.

"It is easy to feel that this probably is the most advanced race car in the world at the moment. I can't wait to get back in.

"I have a few things to work on, getting on top of braking, especially," continued Magnussen. "As you can't see the front wheels here you really don't know when you're locking up, so this is something to get used to and also visibility is a bit less compared to a single-seater.

"So a few things to get used to but the first impression is really good and I enjoyed it a lot."

Magnussen is believed to be vying for a position in a third Porsche entry at Spa and Le Mans next season.

The position in the team is likely to be alongside current Le Mans winners Earl Bamber and Nick Tandy, after Nico Hulkenberg was ruled out of defending the crown because of the clashing European Grand Prix at Baku in Azerbaijan.

The private test at Barcelona continues on Wednesday.