The latest episode in Autosport’s Race of My Life podcast series is Martin Brundle, talking about an amazing drive in his Jaguar Group C car at Silverstone that was so good it made him cry.

Even when I sat in a balsawood mock-up of that Jaguar XJR-14 it felt absolutely right. It had more grip in one tyre than my Brabham Formula 1 car altogether.

It was fun just to see how stupidly fast you could go through a corner. 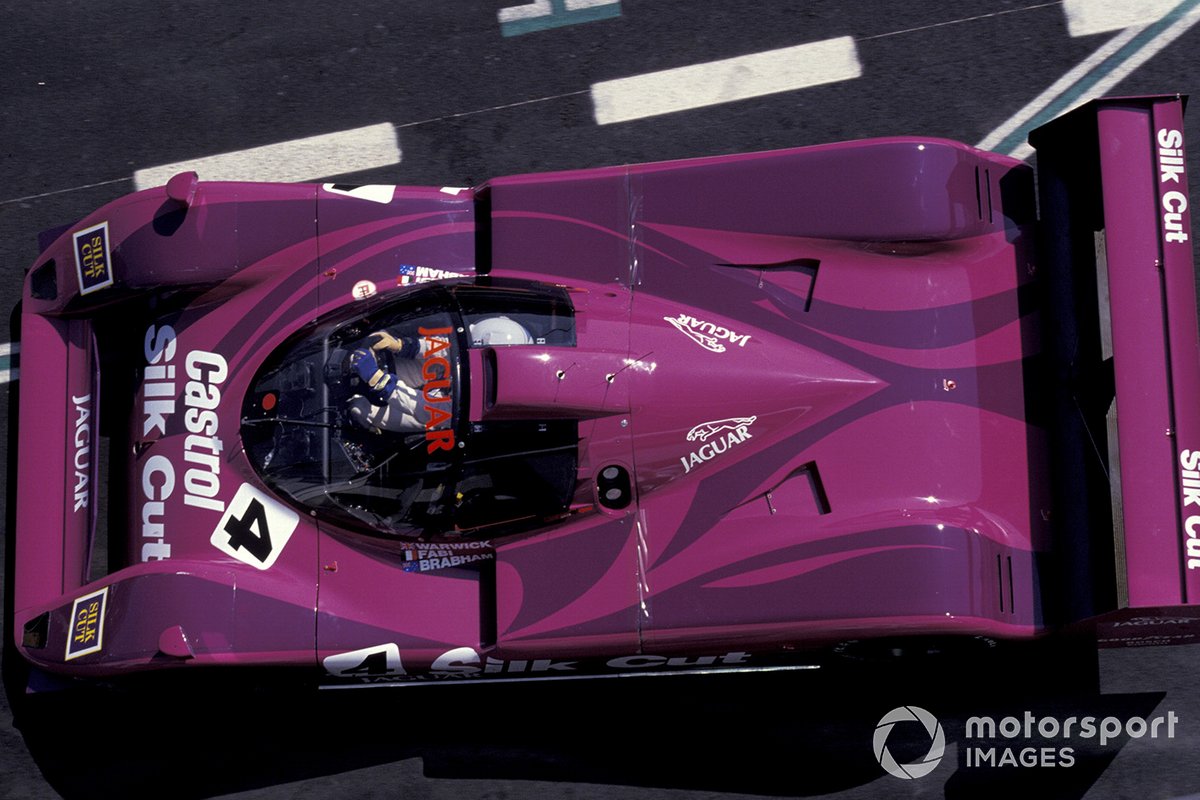 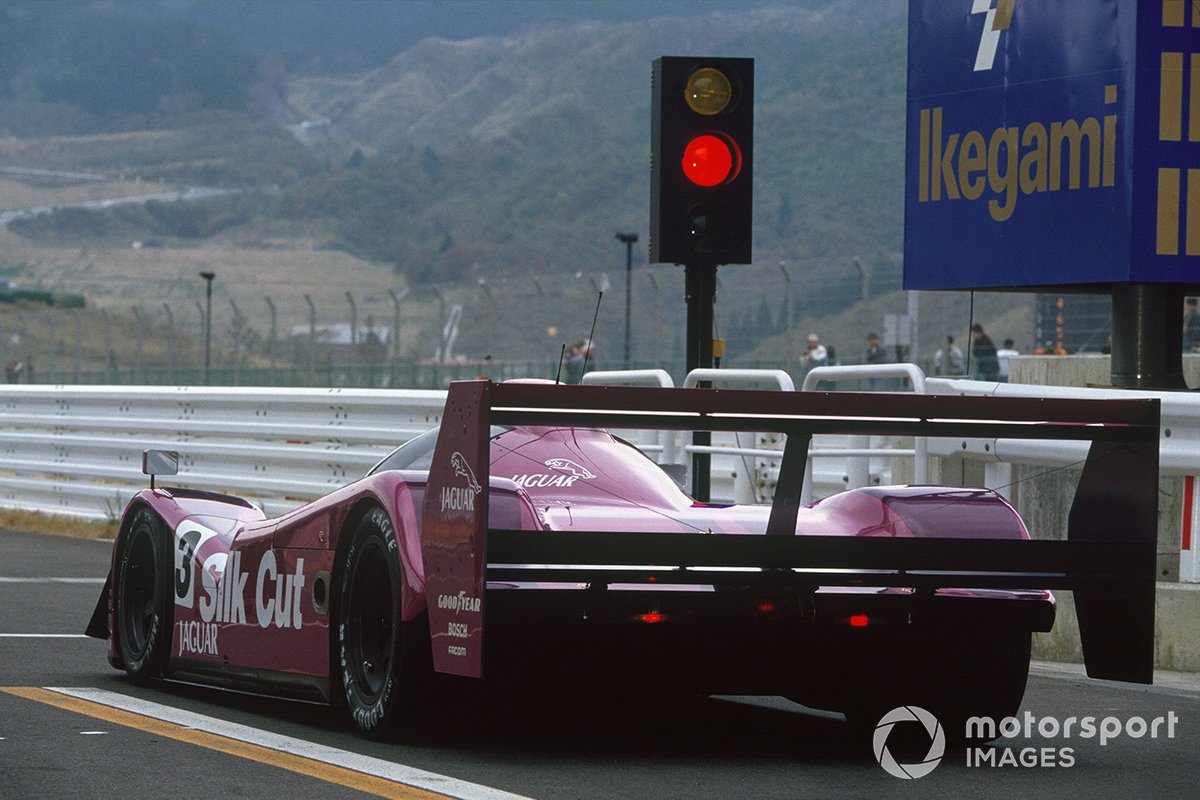 Teo Fabi, Derek Warwick and I did two stints each that season. I used to drive both cars and didn't score points because the other two were the main drivers. I had already finished first and second at Monza!

At Silverstone I put 'Fabi's car' on pole but started Warwick's car from second place. Quite early on the throttle cable broke coming through Woodcote and I coasted between two cones to get it back to the pits. We lost about 10 minutes fixing it, so the team decided to put Warwick in Fabi's car so both of them could score points.

After that I went out and just drove dementedly, passing cars left, right and centre. 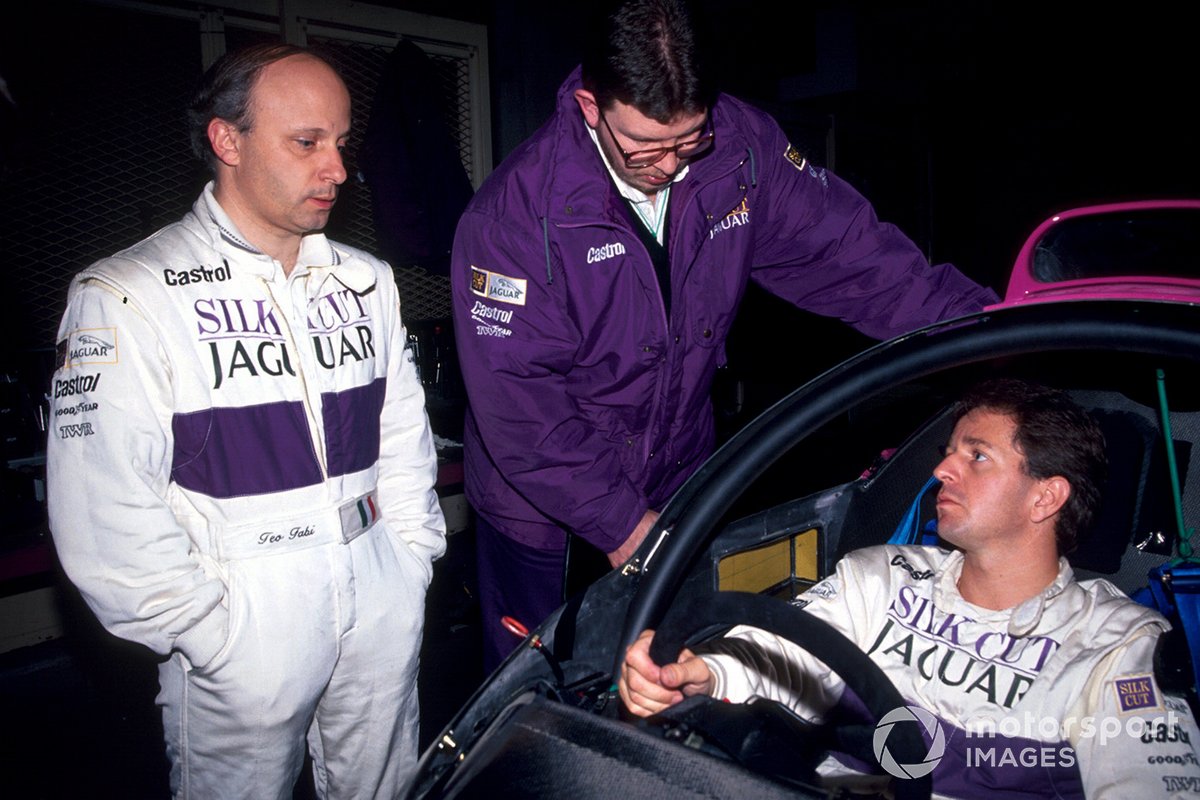 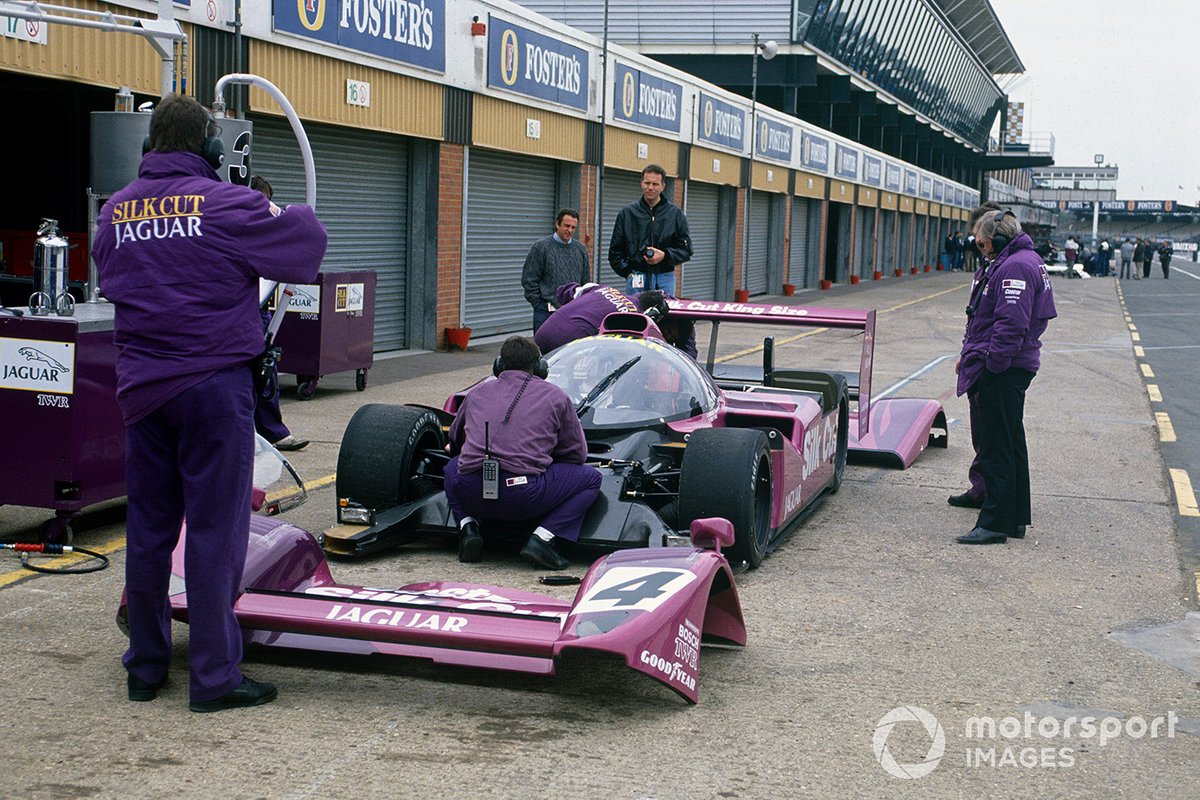 About an hour-and-a-half in, the team put out a board saying I was 14th and it completely did my head in. After that amount of time driving like a lunatic, I thought I would have been in the top 10 at least, so I screamed on the radio to put the board away after that.

I set the fastest lap of the race with half-an-hour to go and took three laps out of Fabi and Warwick in their car. I pulled a move on Fabi at Vale and nearly ran into him!

I finished third, but I had no drink in the car because I wasn't expecting to drive more than 45 minutes and I was knackered. As soon as you switch the adrenaline off, you are absolutely done for and it can have a strange effect on you.

In parc ferme, I started crying. When the team came to get me, I said, "I'm sorry, I don't know why I'm crying, I am actually OK." I was trying to laugh the situation off, but I was just crying my eyes out. I couldn't even hold my head up on the podium, it must have been a miserable sight. 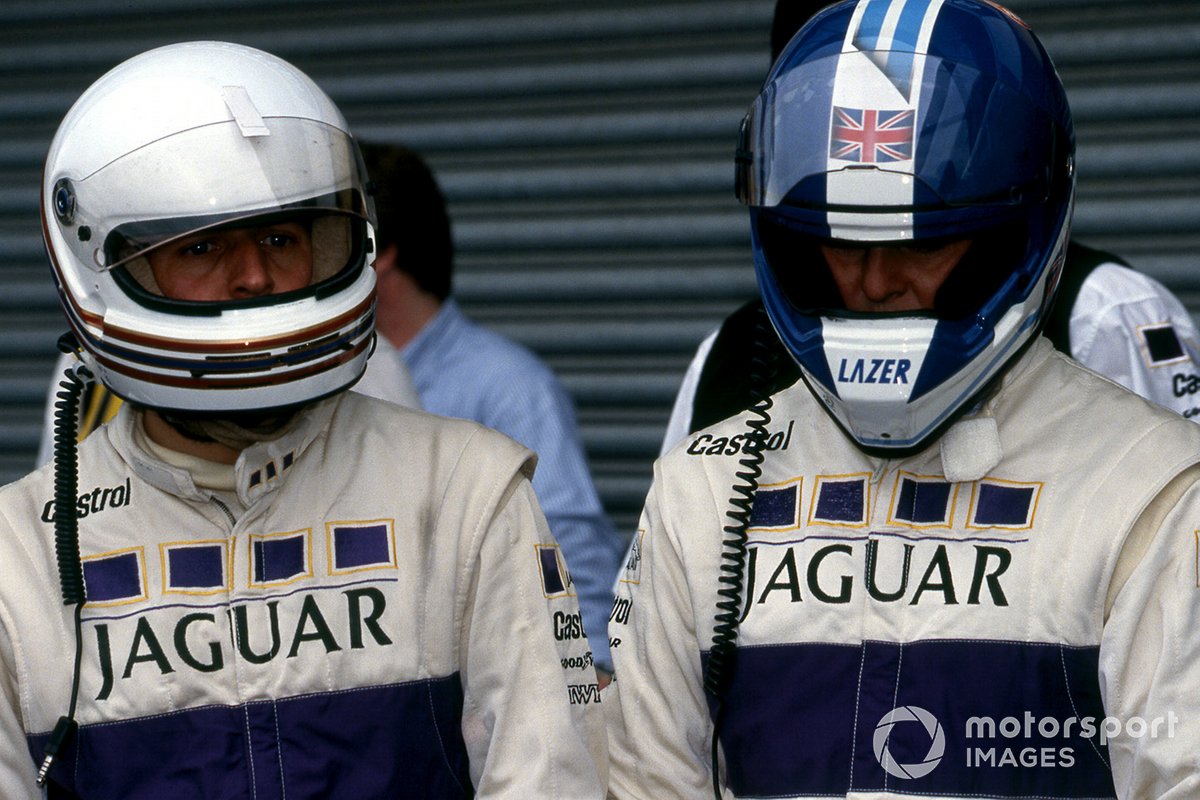 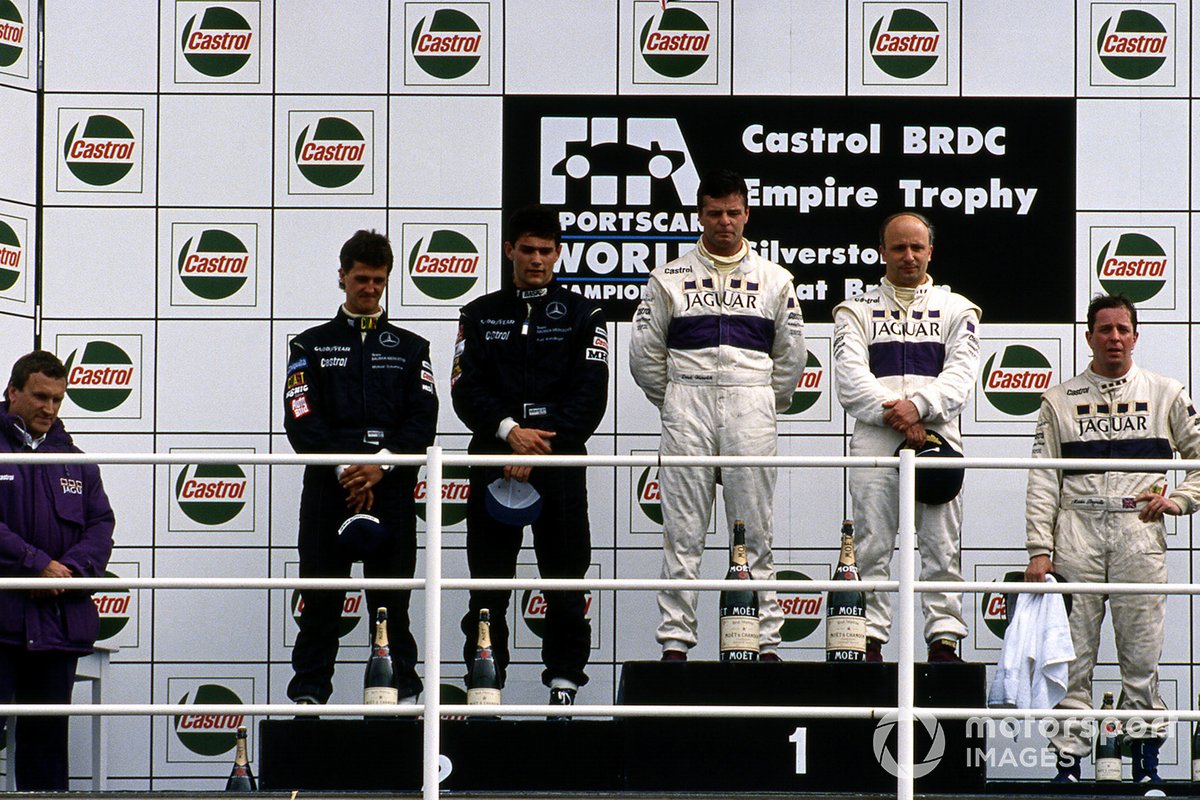 I had never met Schumacher before and we're mates now, but he didn't want to give me any satisfaction so he just dismissed it with his facial expression, as only Michael could.

I laughed my head off.

Interview by Simon Strang, first published in Autosport magazine, 13 May 2010

Senna vs Brundle: The title battle that had it all

Brundle: Common sense has broken out to secure F1's future