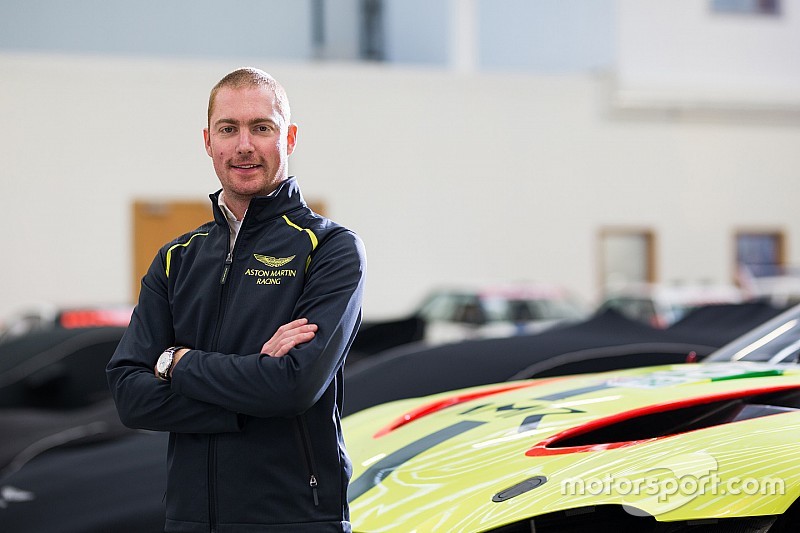 It was confirmed last week that the 31-year-old Belgian would leave DTM as well as BMW after spending four years in the German touring car series.

Martin, an established sportscar racer prior to his DTM tenure, will tackle his first full season in WEC.

He said a desire to return to GT racing and leave the German-based DTM for the more "international" WEC were the main reasons for making the switch.

"I have been in GT racing since more or less when I started my car racing career," Martin told Motorsport.com.

"I did four years of DTM, five years with BMW and having done quite a lot in GT plus in DTM, I wanted to have a new challenge.

"The opportunity to come with Aston Martin Racing was there and I always had really good contacts with them. Coming back to the WEC was also part of the choice.

"DTM is definitely trying to grow, to be a more European championship but it is still quite German and I wanted to go back to a bit more to international racing and that is also part of my choice."

Martin, a BMW factory driver since 2013, revealed that there were discussions to join the Bavarian brand's newly-launched GTE programme next year, but only part-time with DTM remaining the focus.

"There have been discussions, I would have done some races with BMW in GTE but my main programme would have been the DTM," Martin explained.

"So I would have done some races which was definitely great and what I wanted because I always wanted to keep a foot in the GT, that's why I always did a lot of GT racing on top of DTM.

"Now to get back 100 percent to GT, it is something I love because I have done endurance racing for most of my career so coming back to this is what I know best.

"At the end, it is nice to be back in what I started with and what I did for most of my career."

For 2018, Aston Martin has introduced a new-generation Vantage GTE, but Martin doesn't expect the newness of the car, which he will first test in January, to jeopardise the start of the team's campaign.

"It is a new car but I think they have proven in the past that they always build cars which were quick, reliable, cars that won races," he said. "I'm pretty convinced the car will be competitive and reliable.

"When you build a new car, in development you always have problems, issues but this is part of the development.

"Every car at the start of development have also some problems so yeah at the end I am convinced that we will have a good package."

Martin is the final driver to be announced in Aston Martin's six-driver squad, joining Alex Lynn, Darren Turner, Jonathan Adam, Nicki Thiim and Marco Sorensen. The exact line-ups are yet to be confirmed.