In order to prepare for the 2013 FIA World Endurance Championship, Michelin has organised a three-day test at Motorland Aragon, Spain, on November 18 to 20.

November 20, 2012, Aragon, Spain. This private session involves dry-weather testing only and its purpose is to select the best tyres from a broad range of new constructions and compounds. Four of the French firm's partners are attending the session, namely Audi Sport Team Joest, Ferrari Michelotto, Porsche Team Felbermayr-Proton and Honda Performance Development (HPD). The test is based on a procedure of ‘short runs' aimed at evaluating each tyre type.

Michelin Competition's director Pascal Couasnon explains the purpose of the three-day test: "Michelin is working on the development of new tyres for the 2013 endurance racing season. Our test at Motorland Aragon covers a broad selection of new constructions and compounds with a view to identifying those innovations which are the most suited to our partners' requirements. We hope to leave Spain with a more precise idea of the solutions we will use in the LM P1 class, plus two solutions for our GTE Pro partners." 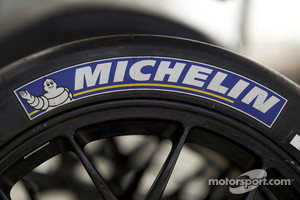 Each of the four partners at the test will allow Michelin to do a specific job. Pascal Couasnon explains the mission of each partner:

AUDI TEAM JOEST : "The AUDI R18 e-tron quattro is a highly innovative car which evolved considerably in the course of 2012. This is why Michelin, in agreement with Audi, has decided to develop new tyres for the season ahead. In Spain, Michelin and Audi are working together to improve both consistency and longevity of the tyres with a view to enabling one set to complete two stints, even at the championship's twistier venues."

FERRARI MICHELOTTO : "Ferrari provided us with positive feedback concerning the performance and durability of their tyres in the course of the 2012 season which saw it win both the world title and the Le Mans 24 Hours with the N°51 F458 Italia. Michelin's aim now is to take its tyres even further forward in order to enhance the balance between lap times and tyre life. On top of that, the demands made by the GTE Pro cars are extremely high because of their weight and aerodynamics. The similarity between the race cars and their road-going versions is a ‘plus' which facilitates the carryover of technologies from the racetrack to the road." 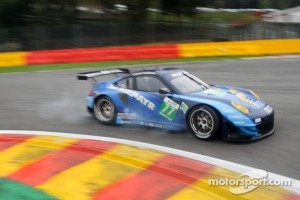 PORSCHE TEAM FELBERMAYR-PROTON : "Our partner Porsche will have a new car for the 2013 FIA WEC, namely the 991. Our programme with Porsche at Aragon is quite comprehensive because it entails matching the new car to its Michelin tyres. It is a big and ambitious workload which involves testing several types of tyre one after the other in a bid to identify the most effective solutions. We are also working with Porsche on the car's settings to further improve the balance of the package."

HONDA PERFORMANCE DEVELOPMENT (HPD) : "In 2013, HPD will switch to bigger front tyres, with 36/71-18s replacing the existing 33/68- 18s. The car has evolved significantly to accommodate these tyres and function with them, and this called for close collaboration between Michelin and HPD. The two chief focuses of attention at Aragon are the car's handling and tyre wear."

The tyre ranges chosen at the end of the test will go on to be fine-tuned during the build-up to the 2013 season. "We will continue our development work with each partner at tests which will take in circuits across the world," concludes Pascal Couasnon.