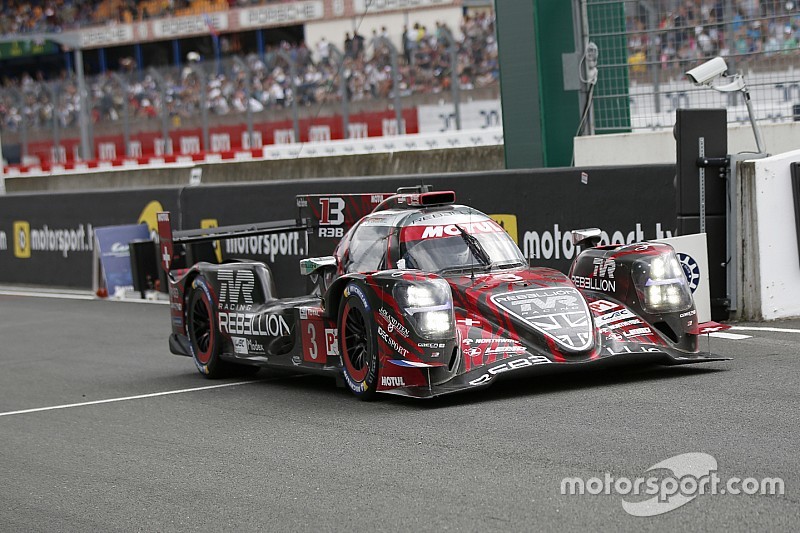 The former Williams and Sauber grand prix racer has been brought into the line-up for the two-day test Tuesday and Wednesday at Barcelona by Rebellion as part of an evaluation of new drivers for the 2019/20 WEC season.

Rebellion boss Calim Bouhadra said that Nasr, who won last year's IMSA WeatherTech SportsCar Championship, was "an obvious guy to try" as it considers its line-up for the new season starting at Silverstone in September.

Nasr will test one of two Rebellion R-13s over the course of the Prologue alongside fellow newcomer Norman Nato, a race winner in the European Le Mans Series, and team regulars Bruno Senna, Gustavo Menezes and Nathanael Berthon.

Bouhadra stressed that no decisions had been made about drivers and stated that the team could still field two cars at Silverstone after so far only confirming one of the two entries it filed for the 2019/20 season.

"First we will decide whether it is one or two cars at Silverstone after discussions with the Automobile Club de l'Ouest [the WEC promoter]," he explained.

"We will probably run one car, but we are still discussing about two and don't want to give up."

He said that only after that decision had been made would Rebellion turn its attention to securing its driver line-up for Silverstone.

Bouhadra stated that if the plans to run two cars for the full season do not come to fruition it is Rebellion's intent to field both its WEC entries at the Le Mans 24 Hours series finale next June and in the preceding Spa round.

"We will definitely have two cars at Spa and Le Mans, we are going to make that happen," he said.