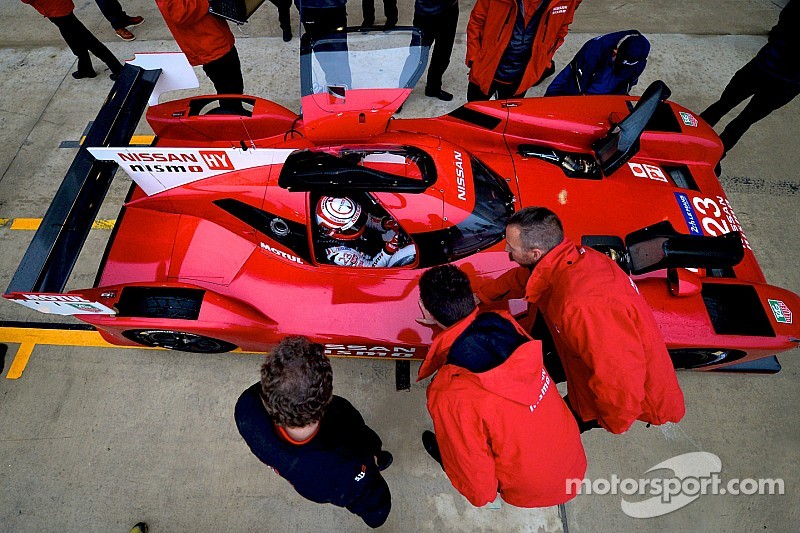 Nissan has revealed three new names for its GT-R LMP1 NISMO line-up in the shape of Olivier Pla, Harry Tincknell and Tsugio Matsuda.

Pla and Tincknell will be regulars in the World Endurance Championship, with Matsuda joining the team for the Le Mans 24 Hours.

Frenchman Pla has become one of the superstars of the LMP2 category, racing for the OAK and G-Drive squads. The former GP2 racewinner switched to sportscars in 2008.

“Le Mans means a lot for a driver,” said Pla, 33. “I’ve spent the last three years racing in LMP2 with the Nissan engine, and for me it’s the best way to go to LMP1, to get the experience of endurance racing.

“To be part of the Nissan LMP1 team obviously is a great feeling, Nissan is coming back to Le Mans with a strong mission and I’m very pleased. They wanted to be more radical and to bring a different car, and they think that with this car they can win Le Mans. It’s a very sophisticated car, so there’s a lot of technology in the car.

“It looks amazing, very different from the other cars. I think it looks great.”

Tincknell steps up after just one year

Twenty-three-year-old Briton Tincknell was a star in LMP2 last year with the JOTA squad’s Nissan-powered Zytek, playing a huge part in its Le Mans 24 Hours class success, in his first year in sportscars.

“It’s great that Nissan is back for the first time for a decade or so,” said Tincknell, who is a protégé of multiple overall Le Mans winner Allan McNish. “To be part of that family, this is what I’ve dreamt about since I was karting. The fact I’ve got this opportunity is amazing.

“To be able to move up into the top class after just one year in sportscars is pretty incredible. I was up on the podium in front of 100,000 people at Le Mans in my class, and I’d like to do it again.

“For sure it’s going to be difficult at the start, coming in with a new car and a different approach. We’re not going down this route if we didn’t think it was going to work. The spectators will be able to spot a Nissan from quite a way out on the Mulsanne straight!”

Matsuda, 35, is the 2014 Super GT champion and is a two-time Super Formula champion too.

“When I saw Nissan team on the Le Mans podium in 1998 with the prototype car, I wanted to race and win there,” said Matsuda. “To me Le Mans is as special as Formula One, and to win there then became a goal of my career. I haven’t seen the actual car yet but I was surprised by its innovative design.”